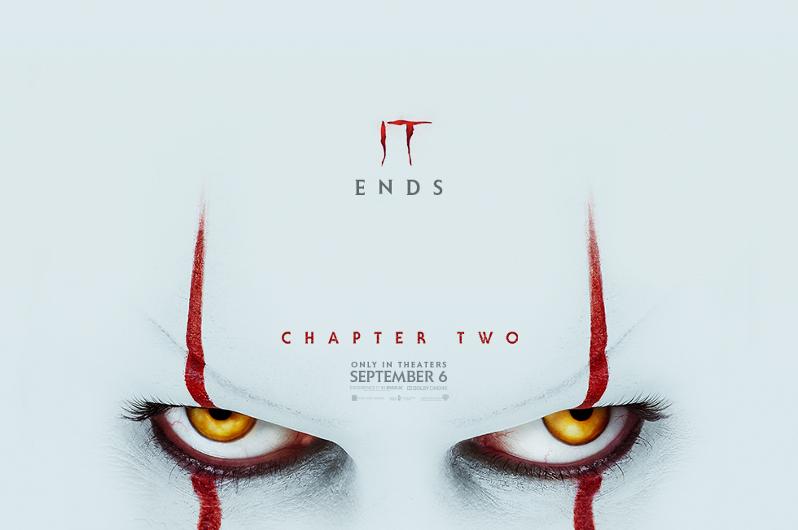 The second chapter to 2017’s IT, the highest grossing horror movie of all time with a box office taking worldwide of $700 million, finally arrives.

Set 27 years after the events of the first movie the seven children of the Losers Club are all grown up and, with the exception of Mike (Isaiah Mustafa) who has stayed on and is now the town’s librarian, have moved from Derry.

Ben (Jay Ryan), the fat kid, is now a handsome architect with a six pack body, Beverly (Jessica Chastain) has moved from an abusive relationship with her father to one with her husband, Eddie (James Ransone) is now a risk assessor, Bill (James McAvoy) is now a successful horror writer, Ritchie (Bill Hader) is a stand-up comic and Stanley (Andy Bean) spends his time trying to forget his childhood.

When Mike finds that Pennywise (Bill Skarsgard), the evil clown, has returned, he contacts the others and reminds them that in 1989 when they last met they all made a pack that if Pennywise was to come back they would return to the town and finish what they had started.

IT Chapter 2 proves to be a worthy successor to the first chapter and, if possible, is even scarier.

The blending of the adults’ with the children is done well, Ransone and Hader in particular bear an uncanny likeness to their younger selves.

Great horror set pieces (sales of Chinese fortune cookies will probably take a dive) that will have you watching the action through your fingers punctuate the story line. It’s just a shame that the best one is slightly wasted by revealing too much in the trailer.

Taking away a slightly disappointing ending and a running time that could be trimmed by about 30 minutes, IT Chapter 2 is a must see and comes highly recommended.