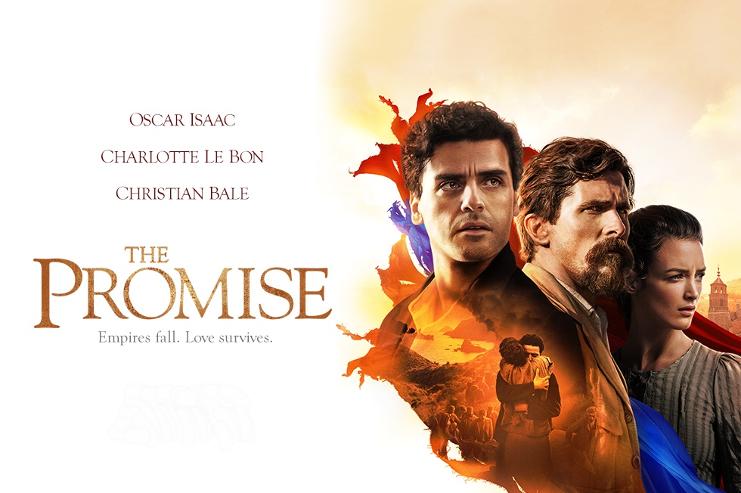 Based against the backdrop of the mass genocide of 1.5 million Armenians by Ottoman Turks at the start of World War 1, The Promise tells the story of Armenian, Mikael Boghosian (Oscar Isaac), an apothecary from the village of Sirun who yearns to become a doctor.

Unable to fund the course himself he agrees to marry his neighbour’s daughter (Angela Sarafyan) in exchange for a dowry that will finance his studies.

He then heads off to Istanbul where he falls in love with fellow Armenian and ballet teacher, Ana Khesarian (Charlotte Le Bon). Unfortunately for Mikael, Ana has a partner, an American journalist called Chris Myers (Christian Bale).

Their love story is then played out against the slaughter of the Armenians as both Mikael and Ana find their lives and families torn apart by the Turks who are hell bent on erasing the Armenian race from the face of the earth.

The mass genocide of the Armenians is a story that’s little known by the vast majority of people nowadays and it’s a story worth telling. The Promise try’s to be the modern day equivalent of an old fashioned epic but feels more like a 1950’s Saturday afternoon Matinee. It’s the type of film in its sweeping grandeur that rarely graces cinema screens nowadays and for that very reason alone it’s worth the price of a cinema ticket.