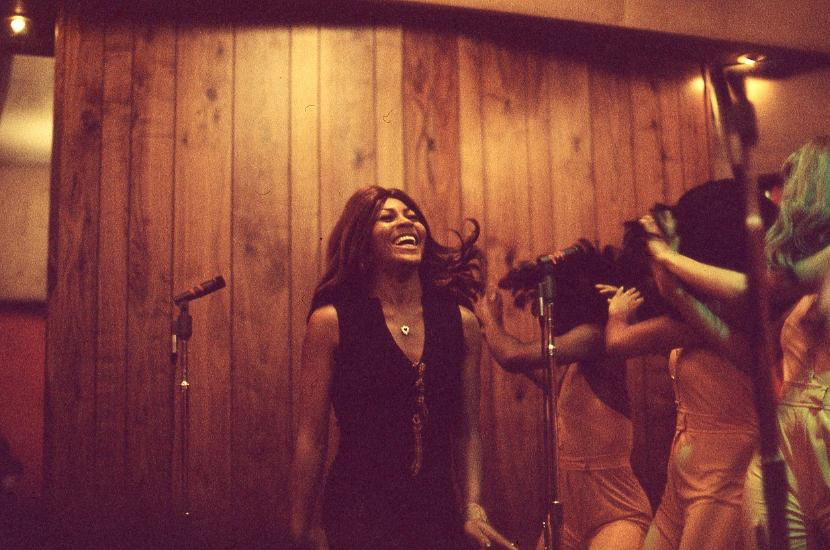 Simon Chinn the producer behind the critically acclaimed documentaries Man On A Wire (2008), Searching For Sugar Man (2021) and Whitney (2018) continues his impressive run with Tina, an authorised biopic of R & B/rock singer Tina Turner.

Born Anna Mae Bullock on November 26, 1939 she would, under the name Tina Turner, go on to become, during the 80s and 90s, one of the most famous singers in the world.

Tina charts her life from her early career between the late 50s and early 70s when, in collaboration with her husband Ike Turner, she produced classic tracks such as River Deep Mountain High and Nutbush City Limits. The first part of Chinn’s documentary, as well as her early music, also covers her abusive marriage to Ike.

The couple separated in the mid 70’s and without Ike, Tina was pretty much dismissed as a has-been in the United States. Rejected by music companies, Tina moved to the UK in the mid-80s and here her career hit the stratosphere. Performing a number of classic tracks such as Private Dancer and What’s Love Got To Do With It, she became one of the, if not the biggest star, in the music world.

Told by various people who have worked with her over the years and of course Tina Turner herself, Tina is a warts and all biopic of her troubled private life and her successful music career. If you’re a fan not much in Tina will really come as any surprise as her life, both in terms of her music and her relationship with Ike Turner, has been told on a number of occasions, The Broadway show Tina – The Tina Turner Musical and the film What’s Love Got To Do With It (1993), where she was played by Angela Bassett, covers pretty much the same ground. The one area that might surprise is her openness when she discusses her relationships with her father and, in particular, her mother.

If you’re a fan, or even have a passing interest in her music or a just a music fan in general, Tina, with its rocking soundtrack and rare chance to hear Tina Turner talk about her life, is pretty much like most of her songs, a resounding hit.