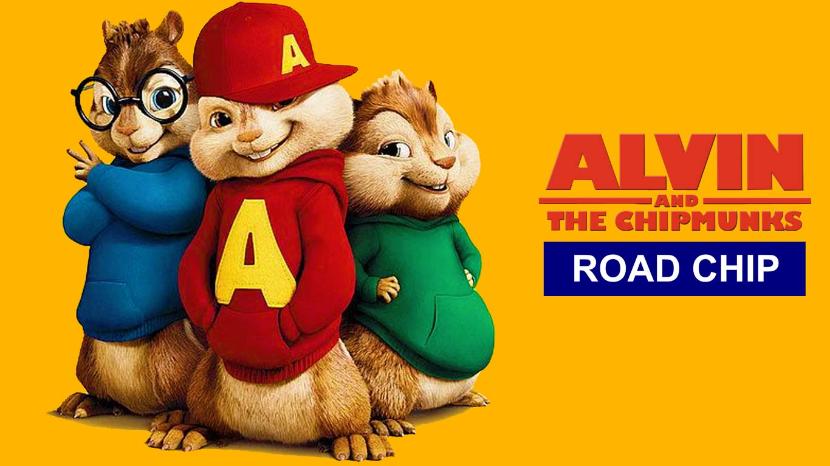 Through a series of misunderstandings, Alvin, Simon and Theodore come to believe that Dave is going to propose to his new girlfriend in Miami…and dump them. They have three days to get to him and stop the proposal, saving themselves not only from losing Dave but possibly from gaining a terrible stepbrother.

Alvin and his two brothers return for a third time in Alvin and the Chipmunks: The Road Chip and the good news is that it's not nearly as bad as it could have been, in fact it's pretty enjoyable, that's if you can stand Alvin and his brothers bursting into song every ten minutes.

The fourth outing sees the chipmunks dad Dave (Jason Lee) heading to Florida so that he can propose to his new girlfriend. Unfortunately the girlfriend has an obnoxious son who hates the chipmunks and tortures them at any opportunity. After being left alone with the boy when the romancing couple head of for Florida the chipmunks and their soon to be brother head off for Florida in order to sabotage the proposal so that they won't become related to their mortal enemy.

What then follows, and it's no surprise given the title, is a road trip where the three chipmunks and their soon to be brother get mixed up in a number of crazy adventures.

There's plenty of laughs to keep most kids amused and for the adults, if you can stand the sight of chipmunks shaking their butts and singing at the top of their squeaky voices, then there might just be a chance that you'll find that, against your better judgement, you enjoying this piece of furry nonsense.

Alvin And The Chipmunks: The Road Chip (U)