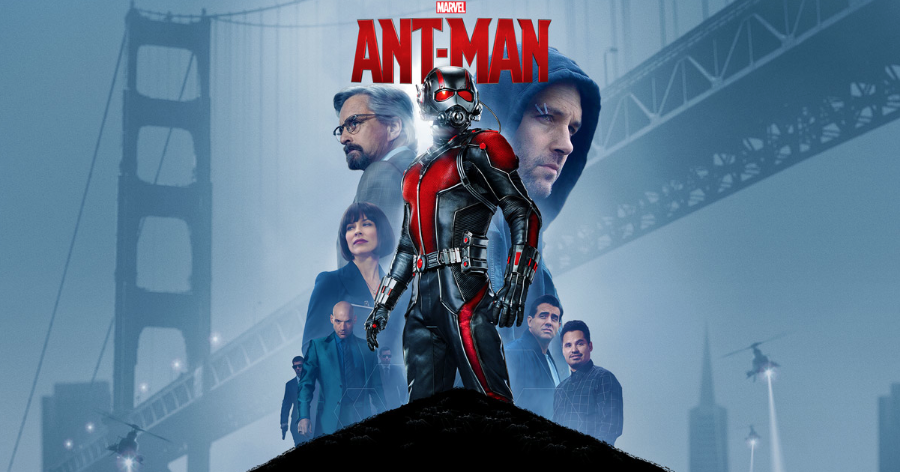 Finally reaching cinemas after a much publicised troubled production that left it stigmatised as the film Edgar Wright almost got to make, Ant-Man effortlessly shrugs off any negative thoughts to emerge as one of the most purely enjoyable films of the summer.

A standard heist style plot is enlivened by a quirky comic sensibility that puts charming comedy actor Paul Rudd front and centre. His affable persona goes a long way to help sell even the dafter aspects of this particular superhero. Strong support too from Michael Douglas, Evangeline Lilly and Corey Stoll. Though it's Michael Pena who steals all the big laughs as Rudd's over-enthusiastic best friend.

Where the film really delights though is in its set pieces that manage to feel both small and epic at the same time. The pleasure and inventiveness of seeing the human world from an ant's eye view and then watching that world play host to these miniature battles is amusingly undercut by how comical these tiny fights look to human eyes. Highlights include an impressive use of an architects scale model of a building and, later on, a Thomas the Tank Engine train set.

Yes there are moments where the film needs to tie itself into the wider Marvel Cinematic Universe but they're not quite as jarring as they could have been. A mid-credits and post-credits scene hint at further developments too.

Of course it's tempting to wonder what an Edgar Wright Ant-Man would have been like but Peyton Reed has delivered an immensely likeable and fun film that keeps such thoughts from your mind for its running time. And any film that uses The Cure album Disintegration for comic effect has got to be worth your time.