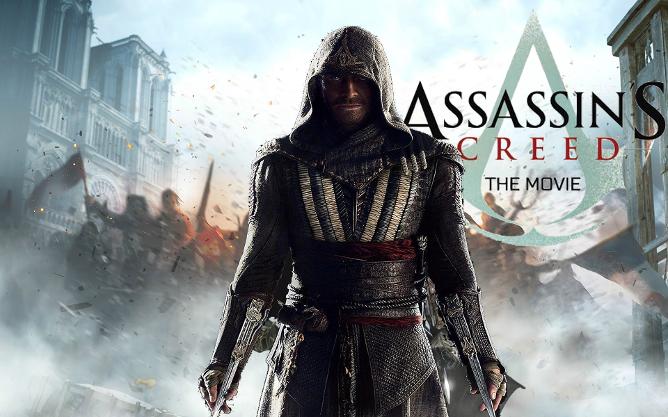 Based on the video game of the same name, Assassins Creed is a confusing watch that’s probably only going to be fully appreciated by fans of the game.

The story, or what little there is of it, sees convicted criminal Callum Lynch (Michael Fassbender) being resurrected from the dead shortly after he’s been executed by lethal injection. When he comes too he finds himself in the labs of a biotech company called Abstergo Industries, the company being a front for the Templar Order who are led by their president Ellen Kaye (Charlotte Rampling).

Lynch learns that he is the last in a long line of protectors called the Assassins and that the company’s CEO, Alan Rikken (Jeremy Irons) is searching for an ancient artefact called the Apple, the apple having been hidden by Callum’s 15th Century Spanish Relative. Using a device called the Animus, Rikkin and his daughter (Marion Cotillard) then access Callum’s memory in order to locate the Apple.

Callum then flashes back and forth in time as he tries to unravel the mystery of where the Apple is hidden.

Most of the action, much like in the game, sees Fassbender’s character running and jumping across rooftops, chases seem to go on for ever and do nothing to expand the story. Visually Assassin’s Creed is stunning, the battle sequences, of which there are many, are spectacular.

Assassin’s Creed is not short on spectacle and a charismatic performance from Fassbender just about does enough to make this a enjoyable but somewhat confusing watch.