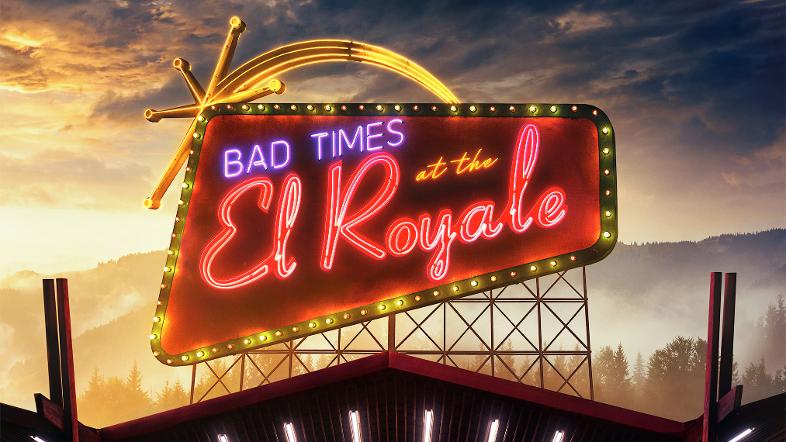 Set in the late sixties, Bad Times At The El Royale opens with a prologue which sees a mysterious man hiding a bag under the floorboards of The El Royale Hotel, however before he can leave he is shot dead in his room.

Ten years after the murder, on a stormy night, a group of strangers descend on the hotel – which is unique in that one half of its lobby is in California and the other in Nevada – one of them is gifted singer Darlene Sweet (Cynthia Erivo) who is hoping to travel to Vegas in search of stardom. Checking herself in with the eerie desk clerk (Miles Miller) she is joined in the lobby by forgetful priest, Father Danial Flynn (Jeff Bridges).

As each of them head off to their respective rooms’ secrets are uncovered that will ultimately bring all of their paths together.

To give too much away would waste much of the fun as the less the audience knows the better.

Some wonderful performances - Bridges and Erivo are particularly good and Chris Hemsworth who joins the mayhem towards the end is in fine form - and a cracking twist and turn storyline that will keep the audience guessing until the last minute makes Bad Times At The El Royale a must see.