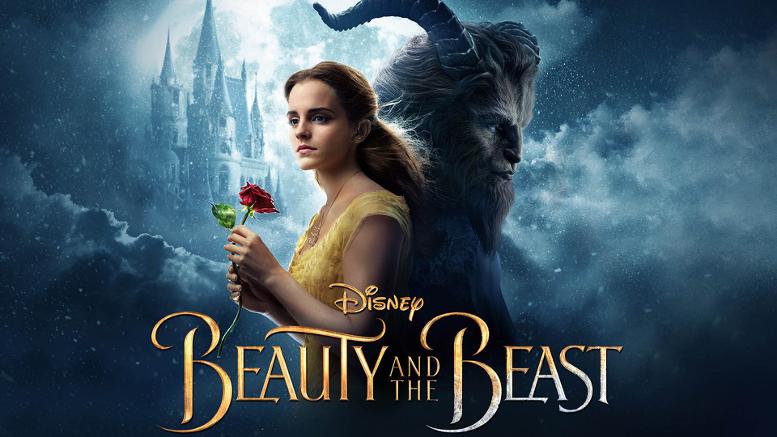 The story, if by chance you’ve never seen the 1991 Oscar nominated original, sees a sorceress placing a curse on a handsome Prince that turns him into a hideous beast (Dan Stevens), the curse only being able to be lifted when the beast is ready to love and be loved in return. Living alone in a castle with only his former staff members, who have been turned into talking household objects, for company.

Meanwhile ,in a village not that far from the beast’s lair, bookworm Belle is dreaming of a better life whilst fighting of the advances of would be suitor Gaston (Luke Evans).

During a storm Belle’s father (Kevin Kline) becomes lost and ends up being taken prisoner by the beast who locks him up in one of the castles towers. The beast only agrees to release him after Belle, who has been out searching for him, agrees to swap places with her father.

All of Alan Menkin and Howard Ashmans original songs make it into the remake along three new ballads written by Menken and Lyricist Tim Rice.

Highlights, and there are many, include Le Fou (Josh Gad) and Gaston bringing the tavern down with the wonderful song Gaston, Lumiere the candlestick (Ewan Mc Gregor) and Cogsworth the clock (Sir Ian McKellan) foot tapping rendition of the showstopper number Be Our Guest. However the icing on the cake has to be the signature tune Beauty And the Beast that’s wonderfully sung by Mrs Potts (Emma Thomson).It might not quite be as good as Angela Lansbury’s original but it’s not that far away.

It might not reach the heights of the animated classic but Beauty And The Beast, the live action version, is still a joy from start to finish.

Beauty and the Beast (PG)