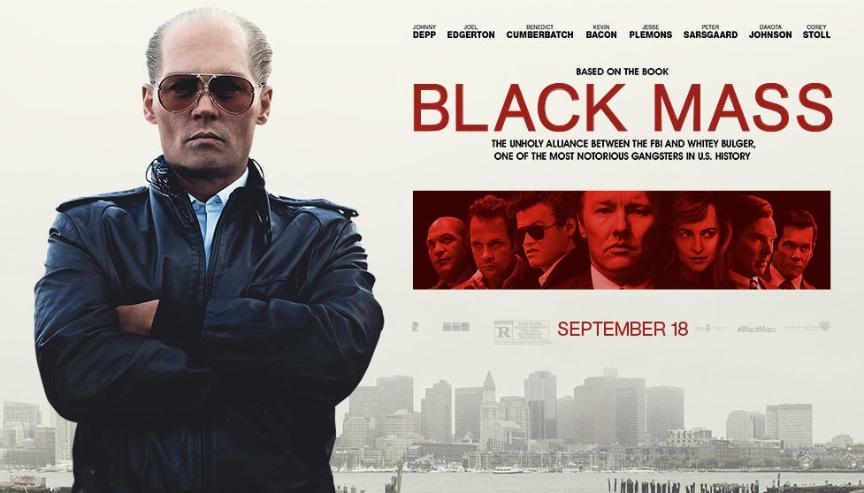 Johnny Depp plays James "Whitey" Bulger an American gangster who in the 1970s turned informant to the FBI.

In this true story, Bulger, is approached by his old friend and FBI agent Joel Connelly (Joel Edgerton) and asked to rat on his fellow Boston hoods. Bulger then finds that the more he informs on his enemy's the more power that he has and the more he is able to control crime in the city.

Bulger whose alliance with his FBI pal becomes stronger and stronger is then left to operate in impunity, one murder sees him walking across a shopping centre car park spraying bullets into the car of a rival. Bulger also has friends in high places as his brother just happens to be a powerful Senator (Benedict Cumberbatch).

Depp, who is almost unrecognisable under the makeup, is as good as he's been in a long time, this is a man that you wouldn't want to cross paths with, Bulger is a chilling psychopath who doesn't think twice at killing, even old and trusted friends who have minor cross words with him end up with a bullet in the back of their heads.

The problem with Black Mass is that a good performance doesn't necessarily guarantee a good film. It's not that Black Mass is bad it's that it's just ordinary and you can't help wonder what it would have been like in the hands of Martin Scorsese.

Black Mass is good but it's certainly no Goodfellas.