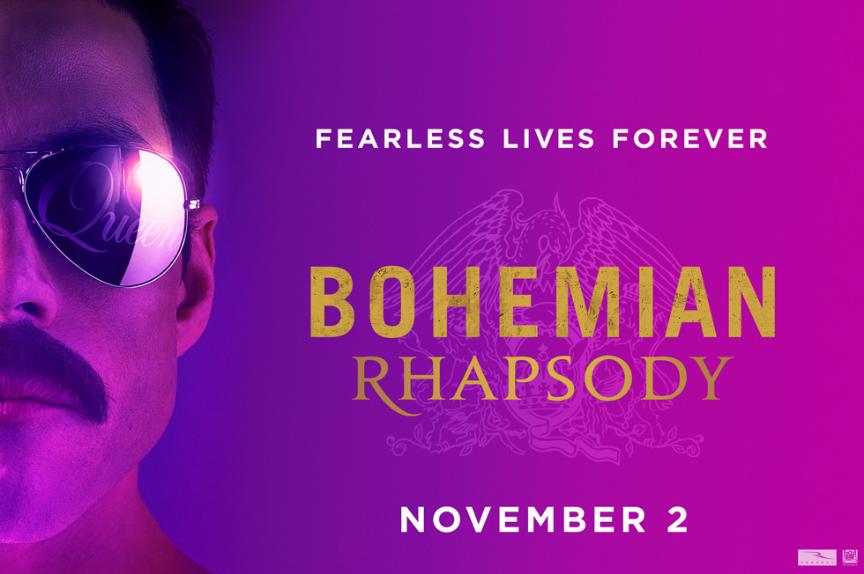 The trials and tribulations that producer Graham King had in getting Bohemian Rhapsody to the big screen would make a great movie in itself.

Since he originally came up with the idea of a Queen biopic over 10 years ago various actors have been linked to the role of Freddie Mercury, none more so than Sacha Baron Cohen who left the role after a very public fall out with Queen band member Brian May. The remaining band members’, including May, took a lot of persuasion to allow King to tell their story and just when he thought everything was in place towards the end of the shoot 20th Century Fox fired director Bryan Singer over allegations of sexual assault (although the party line was that he was taking a break from filming due to “personal issues, family issues”). The last few weeks of filming were completed by Dexter Fletcher.

The story takes us from the early 70s and the formation of Queen, through their classic years, to the band eventually stealing the show at Live Aid in 1985- filmed in a field in the north of England with 4000 extras, you honestly couldn’t tell the difference from Queens real performance at Wembley Stadium - and ending with the Mercury’s untimely death from AIDS in 1991.

Whoever was given the job of filling Freddie Mercury’s shoes was always going to have a hard job but Rami Malek turns in a power house performance, his mannerisms and voice is spot on – the singing is a mixture of Mercury himself, Rami and a Freddie Mercury sound-alike called Marc Martel.

Boeheim Rhapsody however is not all about Mercury – although most of the focus is on him- the other band members’ are all wonderfully portrayed by Ben Hardy (Rodger Taylor), Gwilym Lee (Brian May) and Joseph Mazzello (John Deacon).

Originally there was some talk in the media that this would be an airbrushed version of the life of Mercury but on finally seeing the finished article these rumours couldn’t be further from the truth as this is a warts and all biopic and it doesn’t shy away from Mercury’s sexuality and his larger than life personality.

Bohemian Rhapsody is a joy from start to finish and is not only for those that love Queens’s music but it’s also for anyone that loves great movies.