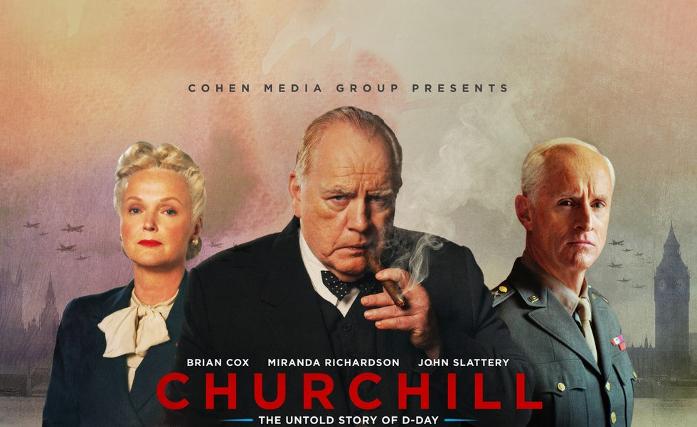 There have been many biopics of Winston Churchill but surely none more controversial than Australian director, Johnathan Teplitsky’s, Churchill.

Set in the days leading up to D-Day in 1944 Churchill (Brian Cox) is shown as a man who rather than being a great leader is one is who is racked by doubt and on the verge of madness.

Haunted by memories of the disastrous Gallipoli campaign during the World War 1, where men were slaughtered in their thousands, a plan that was devised by Churchill himself. He is a man that is at odds with his generals and would rather try all other options rather than landing men on the beaches of Normandy where he fears that they will again slaughtered.

The only one voice of reason is his wife Clementine (Miranda Richardson) who has to slap him on the face on one occasion to bring him to his senses, whilst his generals let him give speeches to small groups of soldiers in order to keep him happy and out of the way.

There have been better portrayals of Churchill than Cox who veers from being Churchill to being back to Cox at various stages throughout the film.

Churchill is a film that seems to be made up of speeches as one drifts into the other. Quite what Churchill himself would think of this portrayal of him is anybody’s guess, however I wouldn’t imagine that it would be very positive as he’s portrayed as a bumbling fool whose only value to the country is in the speeches that he gives to in order to raise public moral.

Churchill the film is certainly not Churchill's finest hour.