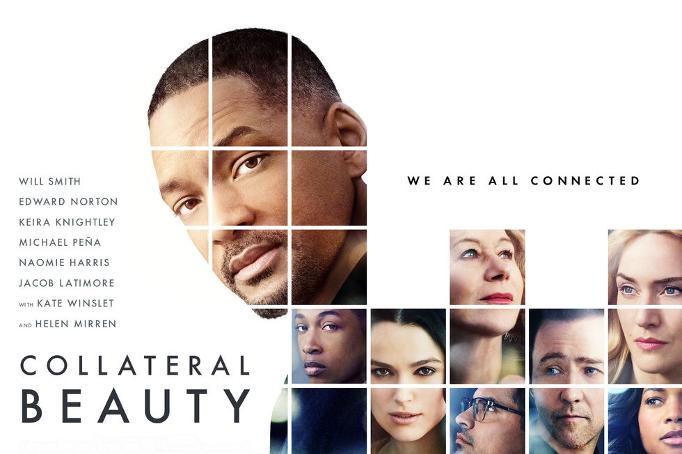 Will Smith plays Howard Inlet, a majority shareholder in an advertising agency, which he runs with his partner and friend, Whit Yardsman (Edward Norton).

Three years after losing his only daughter, Howard is a broken man who has drifted into his own world. Leaving him unable to communicate with his colleagues or client and fearing that the company is going to flounder without Howard’s leadership Whit and his colleagues, Claire Wilson (Kate Winslet) and Simon Scott (Michael Pena) are forced to come up with a plan to try and prove that Howard is insane thereby forcing him to relinquish control of the company.

After hiring a private detective they finding out that Howard, in his grief, keeps sending letters addressed to Death, Love and Time. The trio then hire three actors to play Death (Helen Mirren), Love (Keira Knightly) and Time (Jacob Latimore). Their plan is that only Howard will see the three actors which will allow them to say that he’s mad.

Take away the first rate cast and what you’re left with his a pretty mundane mediocre film that’s so predicable that most of the audience will realise what’s coming long before the climax.