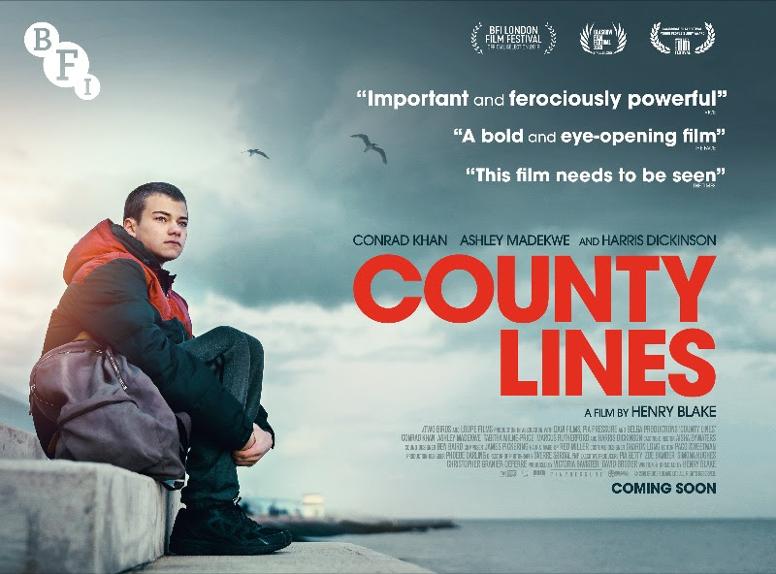 COUNTY LINES, the highly acclaimed debut feature from director Henry Blake, premiered at the 2019 BFI London Film Festival. Inspired by true events, COUNTY LINES is a vivid and moving coming-of-age film about a young mother and her 14-year old son who is groomed into involvement in county lines, the lethal nationwide drug dealing networks which exploit vulnerable children into trafficking drugs, mainly heroin and crack cocaine, from urban areas to rural or market towns or coastal locations.

Writer/director Henry Blake based the film on his own experience; he has been a youth worker for 11 years and was first exposed to county lines back in 2015 while working in an East London PRU (a Pupil Referral Unit for children excluded from attending mainstream school). His first-hand knowledge from working with young people already taking part or at real risk of county lines exploitation, has enabled him to create an authentic film that beautifully captures the harsh reality so many vulnerable young people are going through all over the UK.