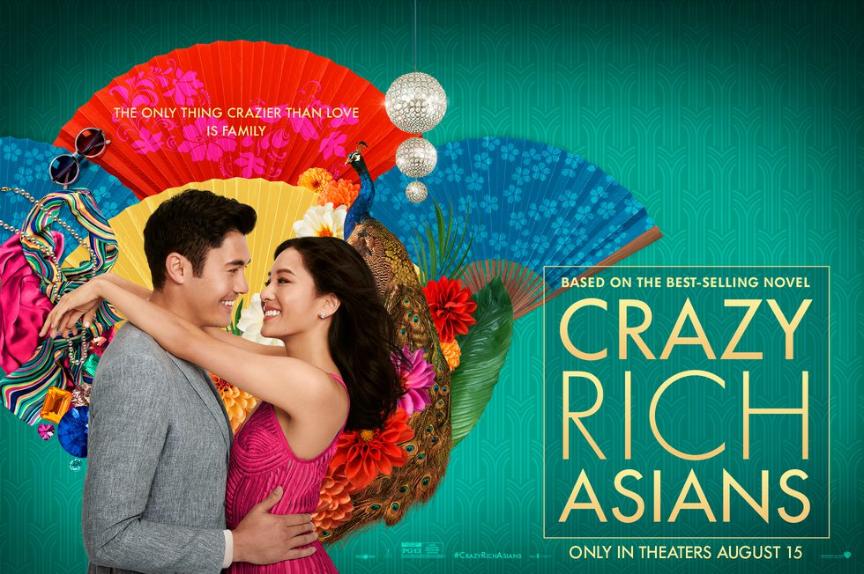 Crazy Rich Asians has set the box office on fire in the US, earning over $135 million in 4 weeks. Quite why it’s been such a success is a bit of a mystery as Crazy Rich Asians is a bit of a formulaic romantic comedy with characters, other than the two leads, that you wouldn’t want to be in the same room as. Or maybe that’s the secret of its success as we get, for the two hours running time, to watch extremely rich spoilt people making fools of themselves.

The story is pretty simple and sees New York University lecturer Rachel Chu (Constance Wu) - who has been raised in America by her single mother (Tan Kheng) – accompanying her boyfriend Nick (Henry Golding) to Singapore where the pair are to attend the wedding of good friends Colin (Chris Pang) and Araminta (Sonya Mizuno).

For some inexplicable reason Rachel is unaware that her boyfriend is actually the son of the wealthiest dynasty in Singapore which is headed by his fearsome mother Eleanor (Michelle Yeoh).

Unimpressed by his choice of partner Nick’s mother makes it clear to Rachel that she is not good enough for her son and that she will do everything in her power to break up the relationship.

What follows is a heartfelt comedy as Rachel has to overcome not only the prejudices of his mother but also his friends and former girlfriends.

Wu and Golding who are both making their movie debuts , are a likeable pairing, Wu in particular is excellent, her charisma and on screen vulnerability help to lift Crazy Rich Asians above your average romantic comedy.