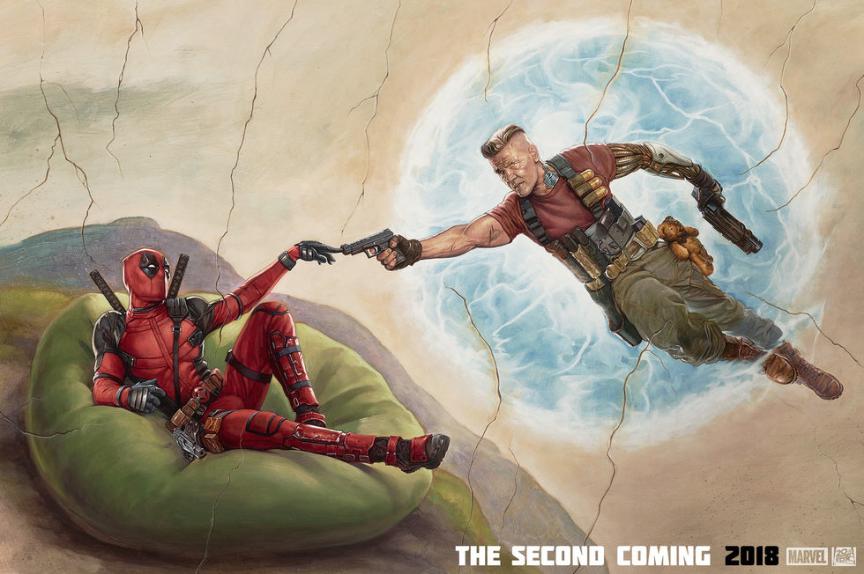 Director David Leitch has managed to bring us that rarest of things, a sequel that’s better than the original.

However after an attack leaves him so low that he wants to kill himself he ends up being cared for by Colossus (Stefan Kapicic returning from the first film) at Professor Xavier’s school for mutants.

Colossus wants to make Deadpool an X-man and after agreeing to join the team he is sent out on his first training mission (complete with his “I’m a trainee” t-shirt on).

Completely messing up the exercise Deadpool finds himself in a maximum security prison for mutants. His cell mate in the prison being a young mutant who calls himself “Firefist” (Julian Dennison of Hunt for the Wilderpeople).

However before the pair can escape they find that they’re being hunted by a cyborg warrior from the future called Cable (Josh Brolin).

Barely managing to escape the prison with their lives, and unable to defeat him on their own, Deadpool recruits a motley crew of mutants and calls them X-Force. Best of these is Domino (Zazie Beetz), whose only mutant power is that she is lucky.

Deadpool 2 has it all, a cracking soundtrack, bundles of humour (amongst the many stand out comic moments a scene where The X-Force parachute to a location in order to rescue Firefist), excitement and when it needs to be, emotional and touching.

Deadpool 2 has a freshness about it that makes the recent Avengers films feel slightly old fashioned and predictable and for that reason alone it’s not to be missed.