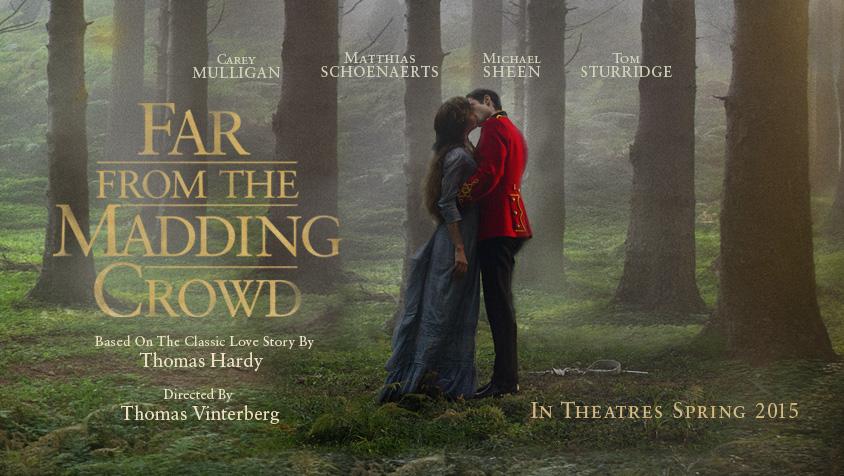 Set in Victorian-era Dorset and based on Thomas Hardy's novel of the same name "Far From the Madding Crowd” tells the story of Bathsheba Everdene (Cary Mulligan), a headstrong, independent, free spirited woman who inherits her uncles large farm. Living alone she inevitably attracts the attention local suitors, there’s the handsome shepherd Gabriel Oak, played by Belgium actor Matthias Schoenaert, who she continually rebuffs, the more mature neighbour Mr Boldwood (Michael Sheen) and the dashing Sergeant Troy (Tom Sturridge), a man so despicable that you just know the he's the one she's going to pick out of the three.

The cast is fantastic with Schoenaert possibly playing his finest role to date as the devoted and lovelorn Oak. Mulligan's performance is as close to perfection as you can get, this is a woman that you can believe that men can fall in love with and stay in love with even after she's rejected their advances. Most of the plaudits however will go to Sheen, his Boldwood is a lonely tortured soul who seems oblivious to how Everdene is treating him, and you just feel for him as he is led on and given false hope by her.

The one weakness in an otherwise perfect cast is Tom Sturridge, his Sgt Troy is so bad that he come across as something of a pantomime villain. However this is not to distract from a wonderful film. Many will inevitably compare it to director John Schlesinger's version that starred Julie Christie and Terrance Stamp, it might not quite be up there with the 1967 version but it's certainly not a million miles away from being nearly as perfect. Don't miss.

Far From The Madding Crowd (12A)