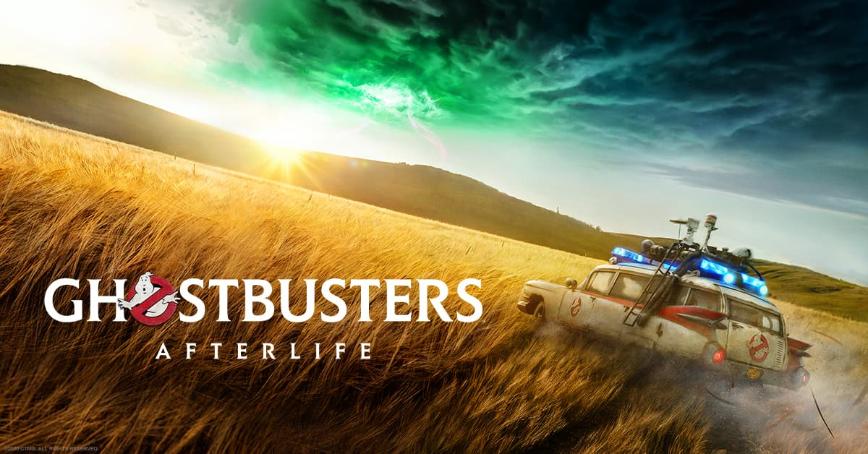 Ghostbusters: Afterlife has been billed as a sequel to 1984’s Ghostbusters, you can forget the abomination that was Paul Feig’s 2016 effort as it’s been completely and rightly forgotten about, and whilst it might be a sequel in parts it’s more of a reboot for a younger generation who weren’t fortunate, or unfortunate depending on your opinion of the original, to see it when it first appeared in cinemas.

Directed by Jason Reitman the son of Ivan Reitman who directed the original Ghostbusters: Afterlife owes as much to Netflix’s Stanger Things as it does 1984’s Ghostbusters, a ploy by the filmmakers to make it more accessible to a younger audience? Almost certainly as I would imagine younger cinema goers might not have the same affection or knowledge of the original as their older relatives.

The family are no sooner in their new residence when mysterious earthquakes start to hit the small town. As the kids start to explore their new home they start to find items that just might link their dead grandfather to the Ghostbusters from 1984 which is just as well as strange spooks start to appear in the town the kids, along with their summer school teacher Mr Gooberson (Paul Rudd), they set about carrying on from where their grandfather left off and become Ghostbusters.

Director Jason Reitman obviously has a great love for his father’s original as there’s plenty of nods to the original, part of the fun of the new film is trying to spot the numerous Easter eggs that are scattered throughout Afterlife’s running time.

The pace moves along at a relentless speed as the kids go from one adventure to the next, the adults pretty much take a back seat for the second half of the film leaving the job of ghostbusting to the young ones.

Ghostbusters: Afterlife is a huge amount of fun the only downside being is that if you are of a certain age and I’m talking an age where you saw Ghostbusters in the cinema in 1984 then, without giving any spoilers away, the ending is going to make you feel really old.