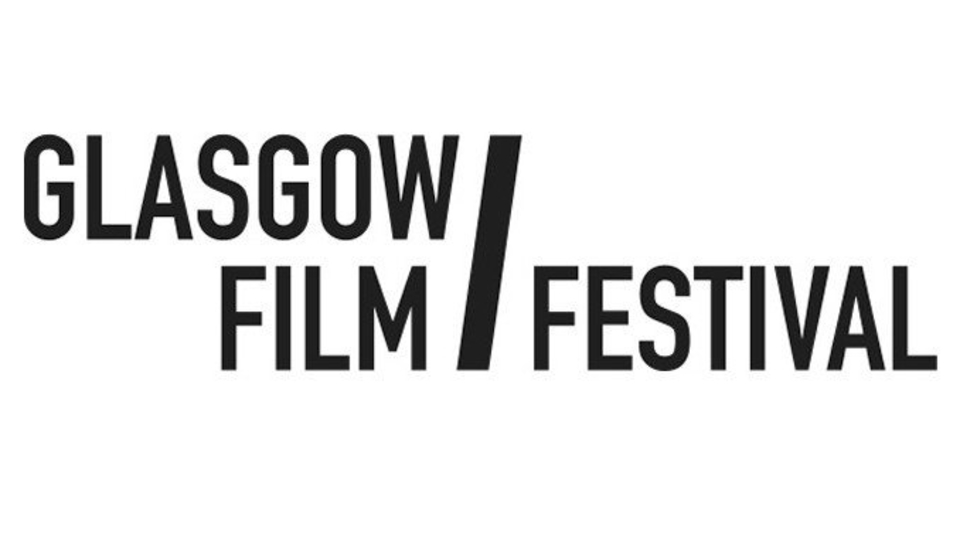 Taking a generous helping of inspiration from the great Akira Kurosawa, Anderson’s delight is set in a dystopian future Japan. An outbreak of “canine flu” has led to all dogs being quarantined on Trash Island, an exile colony. 12 year-old Atari Kobayashi (Koyu Rankin) defies the authorities to embark on a daring rescue mission to the island. All he wants is a chance to save his beloved dog Spots (Liev Schreiber). He is soon face to face with five local dogs - Chief (Bryan Cranston), Rex (Edward Norton), Boss (Bill Murray), Duke (Jeff Goldblum) and King (Bob Balaban). The canine quintet are eager for adventure and determined to protect and serve Atari on his noble quest.

The Ballad Of Lefty Brown

Bill Pullman heads a fantastic ensemble cast (including Peter Fonda, Kathy Baker, Jim Caviezel and Tommy Flanagan) in a flinty, beautifully composed western, filmed on stunning locations in Montana. Always the grizzled sidekick and never the hero, Lefty (Pullman) is considered an unreliable loser but is pushed into the limelight after being left for dead when his best friend is murdered. His desire to clear his name and seek revenge places him at odds with vested interests, hired guns, corrupt officials and his own abundant failings as he embarks on the adventure of a lifetime.

Todd Haynes brings all his imagination and craft to bear on this adaptation of the children’s novel by Brian Selznick. In 1977, lonely 12-year-old Ben (Oakes Fegley) leaves Minnesota for New York in search of the father he has never known. In 1927, 12-year-old Rose (Millicent Simmonds) a Deaf girl who is unhappy also heads to New York, seeking a glimpse of her favourite movie star Lillian Mayhew (Julianne Moore). Deftly interweaving two stories and two very different styles, Haynes creates a sweet, whimsical fable filled with warmth and charm.

Screening on the 22nd and 23 February

Wim Wenders adaptation of J M Ledgard’s novel proves his enduring belief in the power of love. Danielle (Alicia Vikander) is about to embark on a perilous mission to explore the deepest layers of the ocean. James (James McAvoy) is a globetrotting water engineer in Somalia facing grave danger as he falls into the hands of Al Qeada. What sustains them through their darkest hours is the memory of an intense love affair that flourished the previous Christmas when they met on France’s northern coast. The agony of isolation makes past memories all the more precious.

Screening on 23rd and 24th February

You Were Never Really Here

Lynne Ramsay’s long-awaited new feature is a brutal, visionary adaptation of Jonathan Ames’ noir-tinged novella, with an unforgettable performance from Joaquin Phoenix. Joe is a hammer-wielding avenger on a quest for salvation, rescuing young girls who have been kidnapped into the sex trade. His latest case involves a senator’s daughter. Worthy of comparisons to Taxi Driver and Chinatown, You Were Never Really Here is a superbly crafted journey into the heart of darkness with a tremendous electronic score by Jonny Greenwood.

Screening on 23rd and 24th February. Director Lynne Ramsay will attend the screening on Fri 23 Feb

Earning comparisons with Andrea Arnold and Jane Campion, director Michael Pearce emerges as a striking new voice in British cinema with this smouldering, sexy thriller set on Jersey. Moll (Jessie Buckley) has always been considered the black sheep of her family, but when she meets rugged, blue-eyed stranger Pascal (Johnny Flynn) it marks the start of a liberating, intoxicating romance. It also coincides with a string of murders and the disappearance of a teenage girl. What does she really know about Pascal, and can either of them escape their lingering reputations for trouble?

Screening on the 24th and 25th February, Director Michael Pearce and actor Jessie Buckley will attend the screening on Sat 24 Feb.

Shirley Henderson gives an extraordinary and deeply touching performance in this auspicious feature debut from Canadian director Kathleen Hepburn. Judy (Henderson) has spent nearly all her married life battling Parkinson’s disease. Her husband Eddie (Nicholas Campbell) and son Jamie (Théodore Pellerin) have been allies in her long struggle to live a decent life, but Judy’s health is now in decline and things that others take for granted are becoming beyond her. Her fight to endure is balanced by a lament for what might have been, in a poignant, beautifully judged family drama.

Screening on the 25th and 26th February. Director Kathleen Hepburn will attend the screening on Sun 25 Feb.

Director Sebastián Lelio confirms his talent for bringing insight and sensitivity to the lives of complex female characters. Marina (Daniela Vega) is planning her future with lover Orlando (Francisco Reyes) when he tragically falls ill and dies. Her world shatters, but the fact that she is transgender adds immeasurably to her ordeal. Staff from the hospital, Orlando’s former wife, and his vindictive son, all challenge her right to grieve. They question the nature of Marina and Orlando’s relationship and crush her with endless indignities. Marina’s defiant resistance makes for rousing, wrenching cinema.

Screening on the 25th and 26th February

You Me And Him

True love runs anything but smoothly in Daisy Aitkens’ entertaining lesbian rom-com. High-powered lawyer Olivia (Lucy Punch) is hitting 40 and desperate for a child. Her younger partner, struggling artist Alex (Faye Marsay), doesn’t feel the same urgency. Neither of them could have anticipated what happens next or that it would intimately involve lonely neighbour John (David Tennant). We’re keeping mum about the tangled web of consequences… A fizzy Bridget Jones-style romp with a cast that includes Sally Phillips, Simon Bird, David Warner and Gemma Jones.

Screening on the 25th and 26th February. Director Daisy Aitkens and actor David Tennant will attend the screening on Sun 25 Feb.

Let The Sunshine In

Juliette Binoche is the luminous heart of this wry romantic drama from Claire Denis. Newly divorced, middle-aged painter Isabelle (Binoche) is looking for love but what does that even mean, and who could possibly match her requirements? Finding out involves heartache, indecision and dalliances with an angry banker, a self-absorbed actor and a stranger she meets on the dance floor. An elegant, witty exploration of love and desire with a moody soundtrack courtesy of Stuart Staples from the band Tindersticks.

Ali (Imogen Poots) is devoted to her eight-year-old son Bone, and committed to her controlling boyfriend Evan (Callum Turner). Sustained by the dream of securing a place of their own and building a future together, the trio drifts from cheap motels to abandoned houses, engaging in illegal schemes in the desperate effort to keep a roof over their heads. When Bone is caught up in a police raid, Ali is given the wake-up call she needs to finally flee Evan’s toxic grip. Flitting between grungy realism and dreamy abstraction, Mobile Homes is a mesmerising expansion of director Vladimir de Fontenay’s award-winning short.

Screening on 26th and 27th February. Actors Imogen Poots and Callum Turner will attend the screening on Mon 26 Feb

Paddy Considine made a confident move to directing with his powerful, gritty debut Tyrannosaur in 2011. He demostrates his versatility with this second feature, an intelligent and heartfelt story of sporting struggle. After winning a punishing title defence on points, middleweight boxing champion Matty Burton (Considine) collapses at home. The true battle then begins, as he fights to regain his speech, movement, personality and memory. With strong central performances from Considine and Jodie Whittaker (Doctor Who) as his devoted wife, Journeyman is an evocative dramatisation of a life being reclaimed inch by gruelling inch.

Screening on 27th February. Director Paddy Considine will be in attendance at the screening.

Winner of the Golden Globe for Best Motion Picture (Foreign Language), In the Fade is a provocative, emotionally charged revenge drama from Head-On director Fatih Akin. The film revolves around Katja (Diane Kruger) and the happy family life she has built with her Kurdish husband Nuri (Numan Acar) and their six-year-old son. When a nail bomb attack robs her of everything she holds dear, the subsequent legal battle leaves her thinking that she is the one on trial. Kruger won a well-deserved Best Actress prize at Cannes for her riveting portrayal of a victim driven by injustice to take matters into her own hands.

Screening on the 27th and 28th February

Everyone who loved Chloé Zhao’s debut feature Songs My Brothers Taught Me should rush to The Rider, a soulful portrait of a young Sioux cowboy at a crossroads in his life. After a near fatal rodeo accident, Brady (Brady Jandreau) is told he must never ride again. How can he bear to bid farewell to the sport he loves, the riders he considers family, and the horses he has grown to love? A lyrical, semi-autobiographical tale of life on the range, in which the people and landscapes of South Dakota are beautifully captured by God’s Own Country cinematographer James Richards.

Pedro Almodóvar favourite Rossy de Palma sparkles in this modern day Cinderella story, set in a fairytale vision of Paris. Wealthy American ex-pats Anne (Toni Collette) and Bob (Harvey Keitel) are planning a sumptuous dinner for their closest friends. When the guest list becomes an unlucky 13, Anne insists that loyal maid Maria (de Palma) joins the table in the guise of a mysterious Spanish noblewoman. Her instructions not to talk, laugh, eat or drink are impossible to obey, and soon she has charmed a British aristocrat. Revealing the truth seems the last thing on anyone’s mind...

Paying homage to such classic Amicus horror anthologies as From Beyond the Grave and Ealing’s Dead of Night, Andy Nyman and Jeremy Dyson’s smash hit stage show comes to the big screen to terrify in a whole new thrilling and chilling dimension. Professor Philip Goodman (Nyman) is a renowned sceptic of the supernatural and clairvoyant. When an unsettling encounter with his childhood hero leads Goodman to three unsolved cases, he uncovers mysteries beyond his own imagination. Finding his scientific scepticism tested to breaking point, he is led to a shocking, nightmarish conclusion. 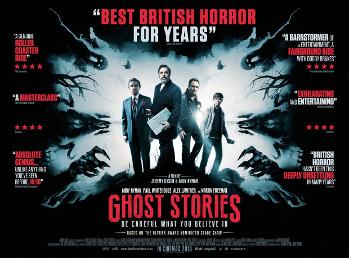 Teenage years can be tricky enough without having a secret that you’re not sure whether to share. 17-year-old Simon (Nick Robinson) is gay but hasn’t told any of his friends or family. He is starting to fall in love with an equally closeted, anonymous classmate that he has met online. Will true love conquer all obstacles? Will Simon find the right moment to set the story straight? What happens if someone else finds out first? The screen version of Becky Albertalli’s novel Simon vs. the Homo Sapiens Agenda is a fresh, funny, inspirational take on growing up and coming out.

Screening on 2nd and 3rd March

Glasgow Film Festival runs from 21st February to the 4th March with over 330 separate events, including 77 UK premieres, taking place across the city the festival is guaranteed to have something for everyone.

Tickets can be bought at glasgowfilm.org
or in person at the Glasgow Film Theatre Box-office