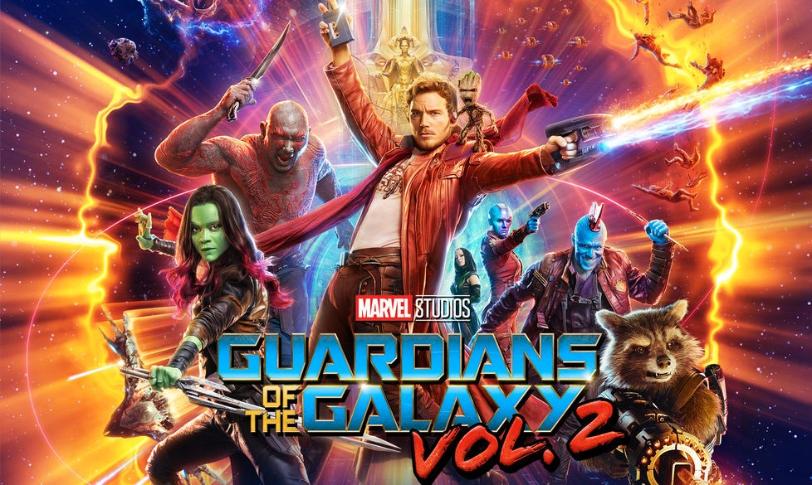 The Original Guardians of the Galaxy made over three-quarters of a billion dollars at the global box-office so a sequel was always going to happen. The original was full of humour, great characters and spectacular special effects.

Marvel have decided that if it isn’t broken why fix it as Guardians of the Galaxy Vol 2 feels at times like a rehash of the first one. That’s not to say that it’s not good because it is, the one problem will be if you come into the film knowing nothing about The Guardians of the Galaxy and its characters then you’re going to be completely lost. However for fans of the first one you’re going to be in for a treat.

The sequel starts back in the 80’s when we see a digitally enhanced Kurt Russell appear as a love struck earthling.

The action then moves into space where The High Priestess Ayesha (Elizabeth Debicki) has hired Peter Quill (Chris Pratt) and his posse of mercenaries. However things turn hostile when wisecracking racoon Rocket (voiced by Bradley Cooper) steals her prized batteries leading to the gang being chased across the Galaxy by her remote controlled spacecraft.

Crash landing on another planet the team come across an egotistical being (Russell) called Ego who as well as declaring himself a God also claims to be Quills missing father.

As in the first film most of the laughs are to be had when scene stealing Racoon and his tree sidekick Groot (Vin Diesel) are on screen. Last time Quill carried about with him a cherished cassette and again the soundtrack is peppered with great 80s songs as Quill now has a new cassette called Awesome Mix Vol 2.

Vol 2 is not without its faults, the CGI scene at the end feels as if it goes on for an eternity, however we can allow director James Gunn his over indulgence as it’s a small complaint for a film that’s a fitting sequel to one of the best films in the Marvel universe.

If you’re a fan don’t miss, if you’re not catch the first one before venturing into the world of the Guardians of the Galaxy or you’ll undoubtedly be left scratching your head wondering what’s going on.