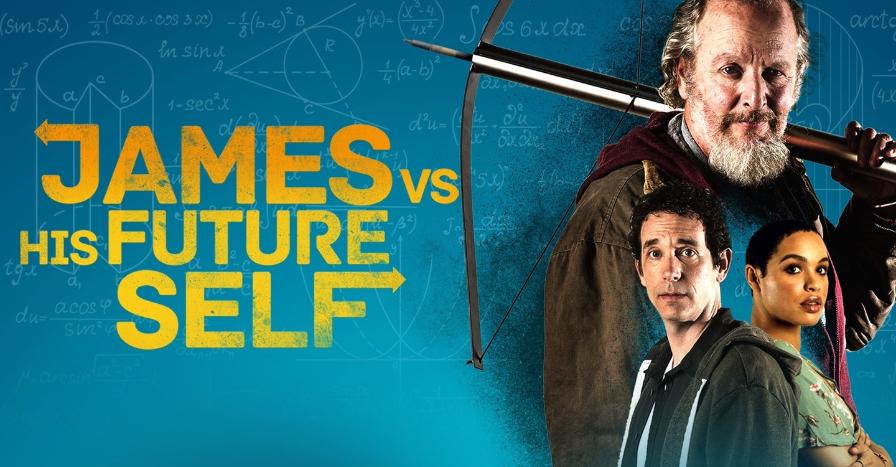 “James Vs His Future Self”, from co-writer and director Jeremy LaLonde, is the story of James (Jonas Chernick, who is also co-writer), a hyperactive scientist who has become so obsessed with discovering time-travel that he’s alienated himself from not only his sister (Tommie-Amber Pirie), who has taken to looking after him since their parents died in a plane crash, but also his work colleague and secret crush, Courtney (Cleopatra Coleman).

Then one day out of the blue James is approached by a foul mouthed old man (Home Alones Daniel Stern) who tells him that he’s his future self and that he’s came back in time to try and convince him to ditch his time-travel obsession. The reason, according to future James, is that if he doesn’t fully embrace life and declare his true feelings for Courtney then he’ll be destined to live a life of loneliness.

Part rom-com part sci-fi “James Vs His Future Self” is a funny and heart-warming movie that’s made all the more enjoyable by splendid performances from Chernick, Stern and Coleman. Coleman in particular is a stand out and shines in every scene that she’s in.

With a beautiful score and some wonderfully colourful cinematography “James Vs His Future Self” comes highly recommended.