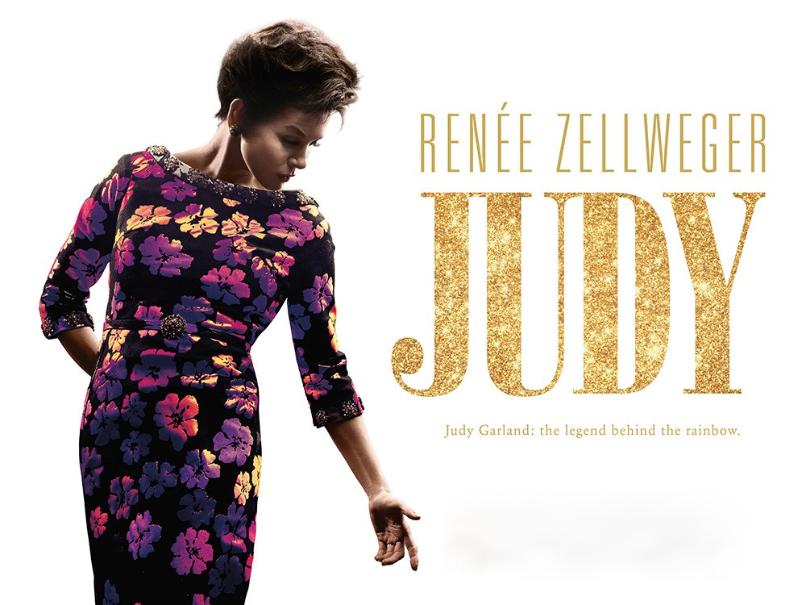 Focusing on the later part of Judy Garland’s life, “Judy” is the story of one of the greatest and most tragic stars of the 20th century Hollywood studio system.

When we first meet Judy, she’s a young woman (Darci Shaw) standing on the yellow brick road being auditioned by MGM producer Louis B. Mayer (Richard Cordery). The conversation pretty much sets out her path in life in that the studio is everything and she’ll do anything that the studio demands of her. Flashbacks throughout the movie show Mayer not to be a guiding hand but a bully who insists that she’s chaperoned at all times, dictates what she eats and has her take tablets to combat tiredness and to supress her appetite (a habit that she would have for the rest of her life and would eventually lead to her ultimate demise).

We next meet Judy (Renee Zellweger) in middle age in 1968, by this time she’s homeless and broke due to mismanagement and embezzlement, she’s addicted to various types of tablets and suffers from various aliments including acute hepatitis and liver problems.

After she has a conversation with her husband Sidney Luft (Rufus Sewell), who threatens to remove her two children, Lorne (Bella Ramsey) and Joey (Lewin Lloyd) from her, and in order to make some money so that she can buy a home for herself and her children, she heads to London to take up a five week residency at the Talk Of The Town nightclub.

During the residency all her insecurity’s and diva like actions come to the fore, some nights she receives standing ovations, other nights, after turning up late and drunk, the audience throw bread rolls at her and boo her off the stage.

Meanwhile trying to hold it all together is her poor assistant Rosalyn Wilder (Jessie Buckley whose star is certainly on the rise after a wonderful performance here and in the recent “Wild Rose”) who has the difficult job of keeping a fragile Garland from self-destructing, Garland gets married for a fifth time and attempts suicide during her time in London.

Singing with her own voice, and belting out some of Garland’s best known songs, Renee Zellweger pulls off an Oscar worthy performance as Judy and is nothing short of terrific.

Garland, the star, might have brought happiness to millions but sadly, as Zellweger’s warts and all portrayal shows, stardom didn’t in the end - she died aged just 47 from an accidental drugs overdose just months after finishing her residency in London - bring happiness to her.