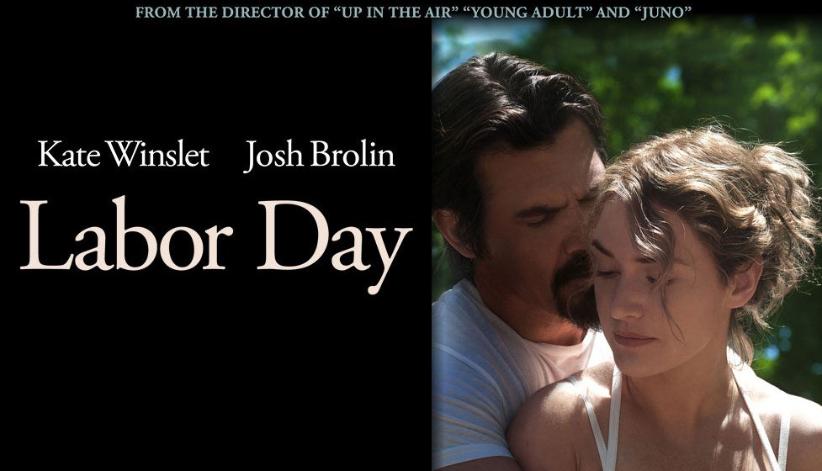 Based on Joyce Maynard's 2009 novel, "Labor Day" is a coming-of-age tale told by an adult (Tobey Maguire) as he looks back on the moment that made him a man.

It's a Labor Day weekend in New Hampshire in 1987 when we first meet Frank (Josh Brolin). He is in a convenience store, both his shirt and head are bloody, when he comes across single mother Adele and her 13-year-old son Henry (Gattlin Griffith). Adele is a jilted divorcee who suffers from severe depression and who very rarely ventures out of her home due to her agoraphobia. He asks them to take him home and let him rest. ‘‘Frankly, this needs to happen,’’ he says to them in a menacing voice.

At home, Frank sits Adele on a chair and makes her son watch as he binds her hands. But from there he departs from our preconceived notions of escaped-convict behaviour as no sooner has he got her bound up but he is then making a pot of chilli and spoon-feeding it to her. As the weekend proceeds, Frank, who we learn is a convicted murderer, fixes and polishes the squeaky floorboards, cleans the gutters (this is a man who is meant to be lying low remember), mends the furnace and irons the clothes. But most of all he makes the most beautiful peach pie imaginable, “What I want to talk about is crust,” Frank seductively tells Adele.

All this home cooking and fixing things up ultimately and very quickly, causes Adele to fall in love with Frank.

Much has been written about the peach pie scene and if I say Ghost and the pottery wheel you'll catch my drift. Is the pie, seen in all its glory slowly rising to perfection in the oven a metaphor for Frank and Adele's love for each other ?

Whilst the story might sound absurd, and I have to be honest and say that it is, there is actually something touching about the whole Frank and Adele relationship. Both of them are people cast aside by society and loved ones, each in their own way feel that they having nothing much to live for. Adele is a woman who has lost love, “I don’t think losing my father broke my mother’s heart, but rather losing love itself,” Henry tells us in one of his many voice overs.

Kate Winslet plays Adele to perfection. We can see that she is a woman hurting. After the birth of her first son and after suffering several miscarriages she has been cast aside by her husband who has left her for his younger more fertile secretary. Brolin plays Frank with an underlying menace, we never feel comfortable about his motives, is he all he seems, or is he a cold calculating murderer who is just stringing along his victims waiting for an opportunity to show his true colours.

Director Jason Reitman (Thank You for Smoking, Up in the Air, Juno) somehow manages to take a story that is not particularly tense and turn it into something that keeps our eyes glued to the screen. If you can overcome just how ridiculous the whole thing is (and get by the pie scene without breaking into fits of laughter) and are someone who enjoys romantic films, you might just enjoy this. The more cynical however might just think that it's one big steaming pile of pie.