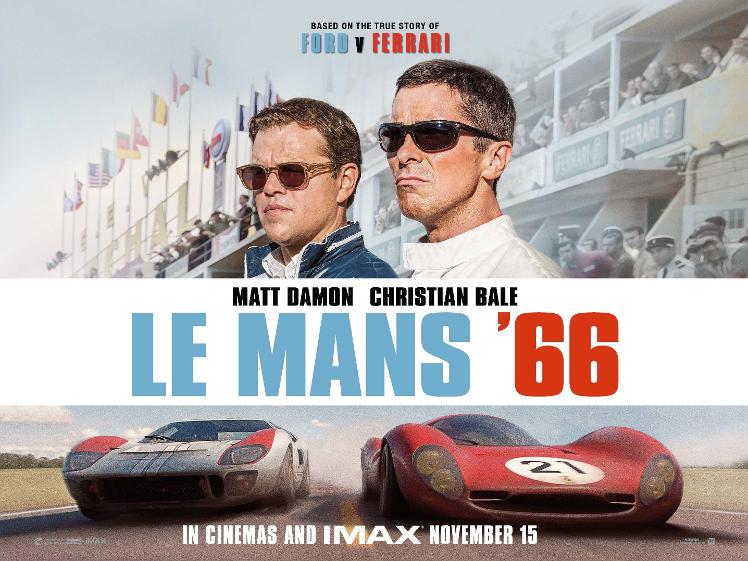 After the discussions break down and Ferrari insults the Americans, Henry Ford makes it his goal to beat Ferrari at their own game and vows to build a sports car that will bring Ferrari’s all conquering run at Le Mans to an end.

In his pursuit of racing glory Ford approaches racing car manufacturer Carroll Shelby (Matt Damon) and asks him to design and build a racing car that can win him Le Mans.

Suffering from heart trouble and told by his doctor that he can never race again Shelby, in order to find a driver that’s up for the job, he has to turn to maverick and hothead sports car driver Ken Miles (Christian Bale).

Le Man’s 66 is not all about the racing, although director James Mangold manages to bring to the screen some spectacular driving sequences that will have you holding on to the arms of your cinema seat, it’s also about the personality’s behind the wheel. Shelby has to constantly battle with the suits at Ford in order to get both his car made and Miles picked as his driver, executive Leo Beebe (Josh Lucas) tells Shelby that “Ford means reliability and Ken’s not a Ford man”.

Damon and Bale, who lost 70Ib for the role and is unrecognisable from the bloated Dick Cheney that he played in “Vice”, are both excellent and help to make Le Mans ’66 a movie that, even if you’re not a racing enthusiast, comes highly recommended.