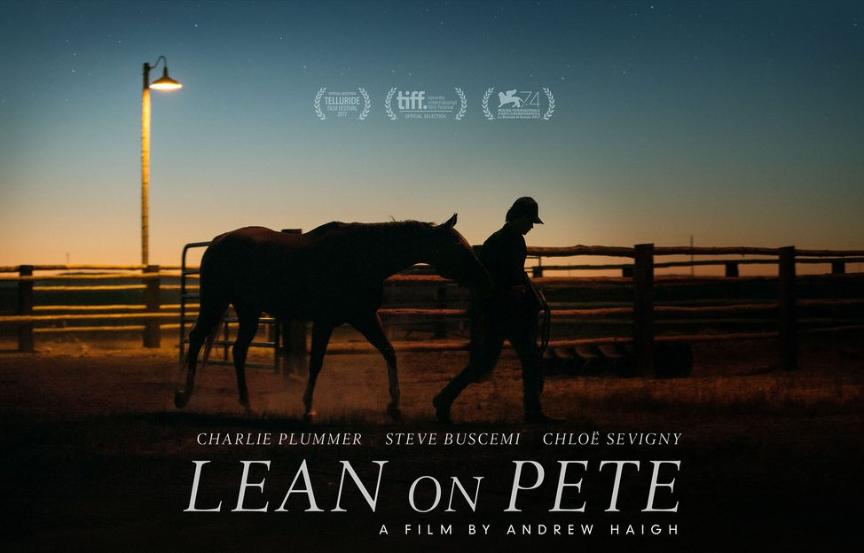 For his 4th feature, Weekend and 45 Years director Andrew Haigh makes his 1st in the US (not counting HBO's Looking: The Movie) with Lean on Pete.

An adaptation of the novel by former Richmond Fontaine frontman Willy Vlautin, it tells the story of 15 year old Charley who is always moving around the country due to his father's work. After settling in Portland, he gets a job working with a race horse trainer and soon forms a bond with an ailing horse. When tragedy strikes and the threat of a Mexican slaughterhouse looms for Pete, Charley takes off with the horse across country to find his aunt.

One of the strengths of Vlautin as a writer (and songwriter) is his ability to capture the voices of the marginalised in American society and it's this aspect that is impressively conveyed onscreen by writer/director Haigh. As Charley comes in contact with several people who have their own issues to deal with, the films shows his attempts to find acceptance and stability. Stopping it from becoming too grim, is a confident and moving performance from Charlie Plummer as Charley, whose bond with Pete gives the film a strong emotional centre. On screen for the majority of the film, he more than holds his own against the likes of Steve Buscemi as the race horse trainer, Chloe Sevigny as a jockey, Travis Fimmel as Charley's dad and Steve Zahn as a man Charley meets near the end of his journey.

A slow moving but emotionally resonant coming of age story, it may prove a little too laid back and leisurely for some but this is beautifully understated filmmaking, impressively shot and impeccably acted. Plus it ends with an excellent use of Will Oldham's folk cover of R Kelly's The Greatest.