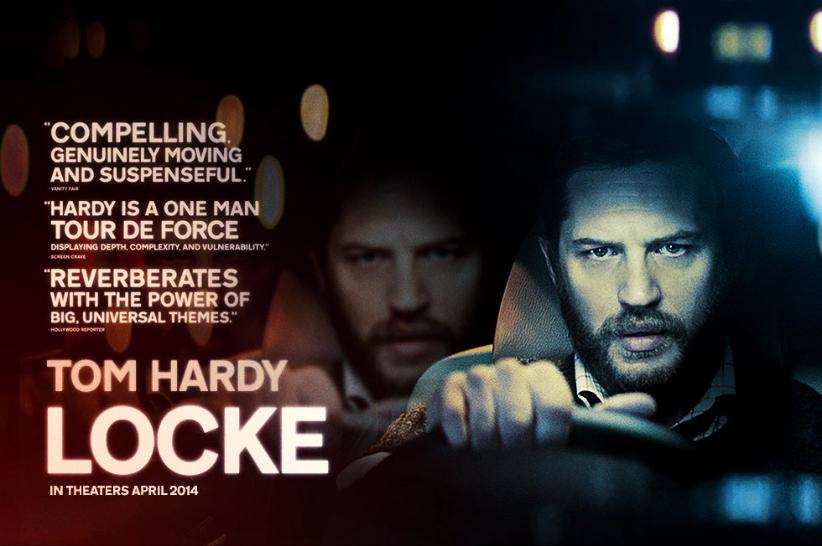 Steven Knight, goes low-budget for his second feature film as its set entirely in a sporty BMW as it heads south towards London.

Driving the BMW is Ivan Locke (Tom Hardy) a man whose world is falling apart in front of our eyes. A mistake from his past has put his resolve to be good and responsible to the test, he’s now faced with choices that could impact on both his personnel and professional life.

Locke is a man who is staring into the abyss and we watch him as he makes call after call in an effort to save everything that he has in life.

Tom Hardy, with a strong welsh accent that makes him sound like a cross between Richard Burton and Anthony Hopkins, is very good as Ivan Locke. This is a man who feels that he has to do the right thing, even if it affects every other thing in his life.

The film is played out in real time and during the 90 or so minute car journey we see Locke going from a man who has everything in life to a man who could potentially have nothing.

Unfortunately a great performance doesn't always make a great film. The problem with Locke is that the storyline, which is pretty limited, just isn't very interesting. Watching a man talk on his car phone about football and concrete pouring just isn't going to interest that many people.

The film feels as if it would have made a great short film but drawing it out to feature length is stretching it a bit thin. The plot line where Locke talks to his imaginary father who is sitting in the back seat feels like it's been added in order to pad out the running time. Given the paper thin plot and the meandering pace it is all the more of a surprise that when the ending does come it feels abrupt and leaves us with more questions than answers