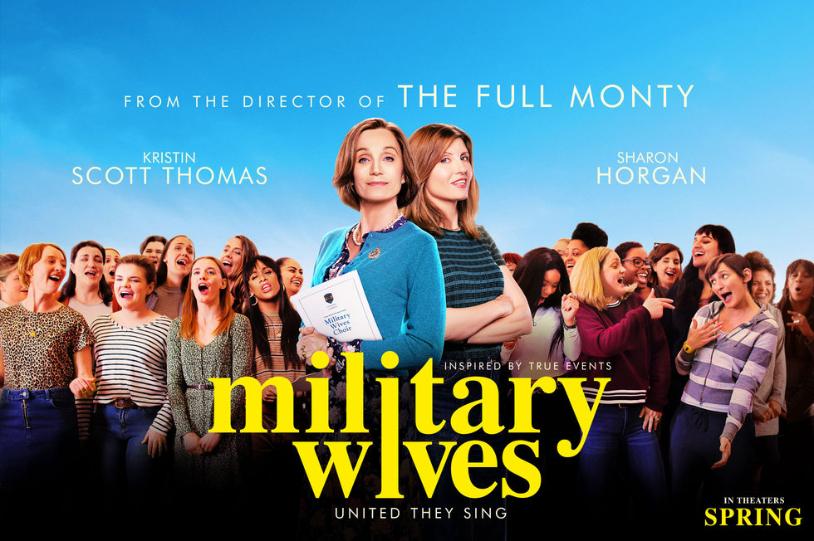 Based on the true story of the creation of the first British military wives choir. “Military Wives” the movie stars Kristen Scott Thomas and Sharon Horgan as Kate and Lisa, two polar opposites in terms of their attitude and personality, who inspire a group of “army barracks wives” to take up singing when their husbands are on a tour of Afghanistan.

The movies storyline, as you would expect, is pretty thin, and the ending as the untrained choir try to make themselves worthy of performing at the Festival of Remembrance at the Royal Albert hall is never really in any doubt. However despite this and thanks to wonderful performances by Thomas, Horgan and a great ensemble cast including India Ria Amarteifio, as Lisa’s rebellious daughter, “Military Wives” turns out to be one of the feel good movies of the year so far.