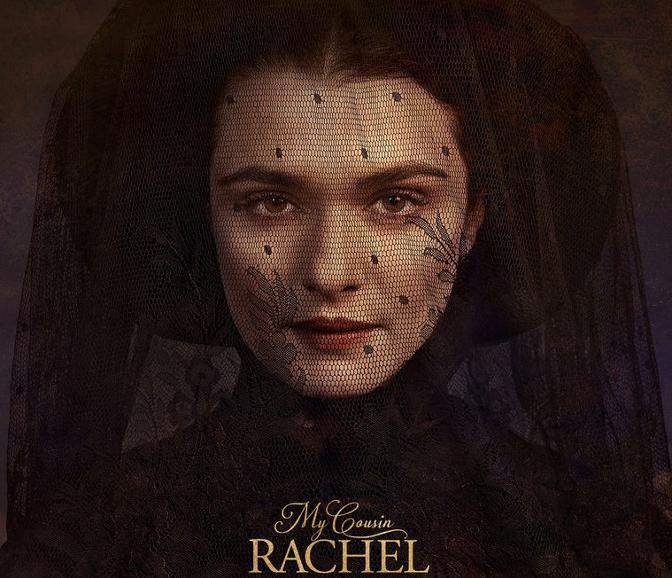 My Cousin Rachel is a remake of the 1952 film of the same name that starred Richard Burton and Olivia de Havilland based on the novel by Daphne du Maurier.

Set on a large family estate that’s perched high on the Cornish coast the dark thriller sees Rachel Weisz playing the title role with Sam Clafin as her love struck cousin, Philip, who as an orphan is adopted and raised by his older cousin Ambrose.

When Ambrose takes ill his doctor recommends that he moves to the warmer climate of Florence.

Leaving Phillip in charge of the sprawling estate the only contact he has with his cousin is via letters.

One of the first letters that arrive tells him that he has married a woman called Rachel (Weisz).

Further letters then start to arrive each claiming that Rachel is poisoning him in order to steal his fortune. Philip then heads off to Italy to see his cousin however when he arrives he receives the tragic news that his cousin has died from a brain tumour.

Returning to the family estate, which he now inherits, despite evidence to the contrary, he vows revenge on his cousin’s ex-wife.

Soon after, and to his surprise, Rachel arrives at his door and instead of the ugly person that he has imagined, Rachel turns out to be stunningly beautiful and charming woman and after a short time in her company Philip forgets all is grievances against her and falls in love.

What follows is a haunting thriller as director Roger Mitchell keeps the suspense going right until the final scene, is Rachel all that she seems on the surface or underneath the perfect veneer is she a conniving murderer who’s out to fleece Phillip of everything that he has?

Weisz gives a mesmerising performance in a film that bears comparisons to another Daphne du Maurier novel, Rebecca, which Alfred Hitchcock filmed in 1940.

My Cousin Rachel is a fantastic and stylish Hitchcockian type drama that the great master would have been proud to put his name to. Don’t miss.