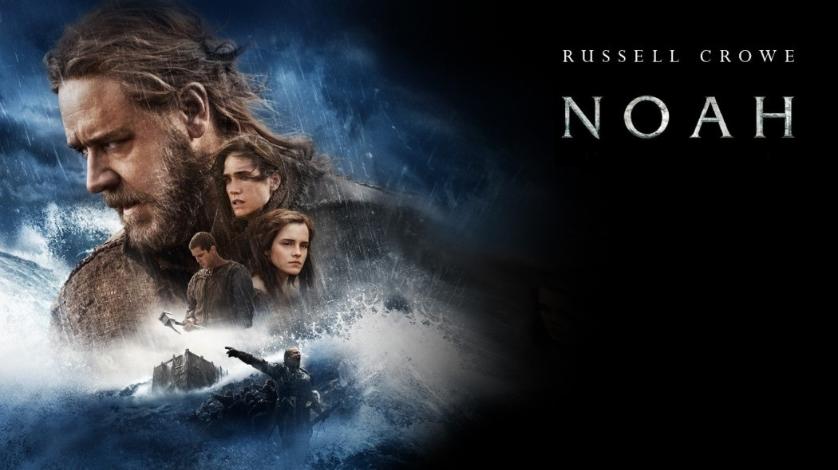 Biblical stories seem to be in vogue at the moment in Hollywood. At least ten adaptions of Bible stories are at some stage of production, there's even talk of a "Ben-Hur" remake.

"Noah", the first of these biblical epics to come our way is released in the UK on Friday 4th April. As you would expect with a film based on the Bible, controversy isn't that far away. Allegedly even before its release the film has been made the subject of a fatwa by leading members in Sunni Islam. It's also been banned in three Arab countries - Qatar, Bahrain and UAE - for its depiction of religious characters. Not one to shy away from controversy Crowe caused a stir recently when he tweeted the Pope offering to show him the finished film, needlessly to say the Pope declined his invitation.

Christian groups, particularly in the US have been predicting that the film will take liberties with its source, the Book of Genesis. Now that it's been released, the big question is, does it take liberties?

The answer I have to say is somewhere in the middle. Director co/writer Darren Aronofsky (Black Swan) film does feel more like "Mad Max" and "Lord of the Rings" than the Book of Genesis and he does introduce characters and plot lines not present in the original. However even with the directors changes he does also remain true to the story of Noah. We have to remember that this is a story for a modern generation and in telling the story of Noah in the way that he does Aronofsky makes it more accessible to today's cinema going audience than a straight remake of a 50's religious epic would ever be.

Noah's land doesn’t look like any biblical epic we’ve ever seen before, the ashen volcanic flatlands of Iceland now stand-in in for the deserts of the Middle East. †The children of Cain, banished from Eden, have spread across the land and created a vast industrial civilisation; they have now laid waste to their environment and wander the wastelands killing all before them. Noah, the last good man on earth (Russell Crowe in his best role for some time) lives a righteous life away from men, he and is family are outsiders who wander this wasteland scavenging in order to survive.

Noah doesn't hear the voice of God (the word God is never mentioned, he's now the Creator) but instead receives instructions about what to do in disturbing visions. A flood he is told will cleanse the earth and the wicked will be swept away. It's during one of these visions that Noah is tasked with preserving the world's life forms and to do this he must build the fabled ark.

As Noah builds his ark - aided by giant fallen angels who are now encased in stone -an army of desperate people, led by Tubal-Cain (Ray Winstone) gather. These are men who believe in their own destiny and they will not let the Creator wash them off the face of the earth. So it is set for an epic confrontation between man, Noah and the Creator.

Aronofsky film is certainly epic in terms of its scale and it is without doubt a visionary fusion of Old Testament awe with modern blockbuster spectacle. Will it be to everyone's taste, I have my doubts. However if you go in and take it for what it is, an escapist piece of fiction loosely based on the story of Noah then you shouldn't be disappointed.