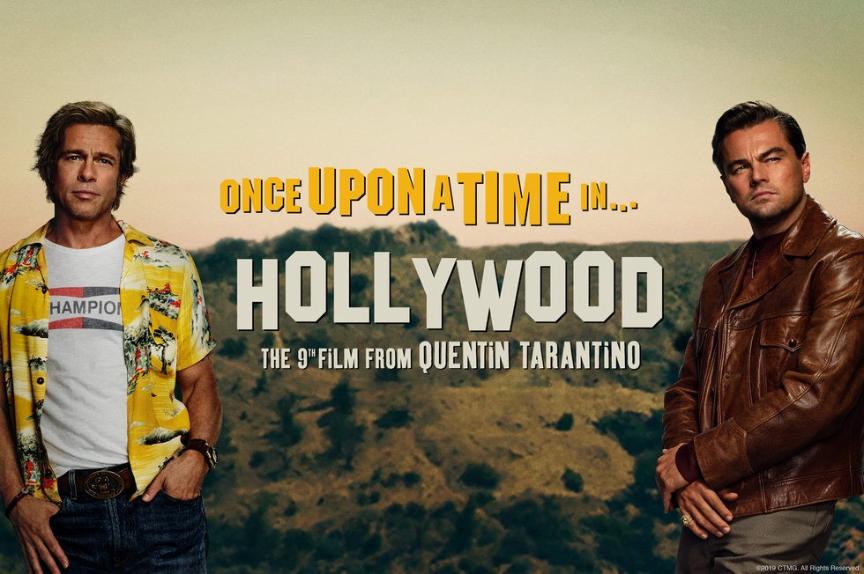 Quentin Tarantino’s 9th movie as director is probably Tarantino’s most personal movie to date as it’s quite obvious from watching “Once Upon A Time In Hollywood” that the director has a love for movies and TV from the late sixties as his recreation of the era is nothing short of amazing.

But sadly his love of all things sixties is not only the movies strength but also its weakness as at times it appears that his love for detail has made him forget what makes a good movie, namely a good story.

At just short of three hours “Once Upon A Time In Hollywood’s” limited storyline and episodic feel makes the movie feel rambling and, if I’m honest, a bit self-indulgent.

Set in the late summer of 1969, Rick Dalton (Leonardo DiCaprio), a one-time TV western star who, after a meeting with agent Marvin Schwarz (Al Pacino), feels that his career is in the decline.

Consumed by both his fading stardom and the large amount of alcohol that he drinks Dalton’s only friend is his stunt double Cliff Booth (Brad Pitt who gets the two standout scenes in the whole movie).

Meanwhile living next door to Dalton is movie director Roman Polanski (Rafal Zawierucha) and his girlfriend, pregnant actress Sharon Tate (Margot Robbie in a limited role and storyline that promises more than it actually delivers).

Dalton’s story is linked by various encounters with famous movie stars of the time, Steve Mc Queen (Damian Lewis) eyes up female quests at the playboy mansion whilst Cliff Booth (Pitt) has a fight with Bruce Lee (Mike Moh). Meanwhile in the in the background there is the dark spectre of the Charles Mansion murders that occurred in the Hollywood area in the late sixties.

Once Upon A Time In Hollywood is the directors least mainstream movie to date, it will please fans, as his movies always do, but for the casual cinemagoer its rambling storyline and long running time will probably make them wonder what all the fuss is about.