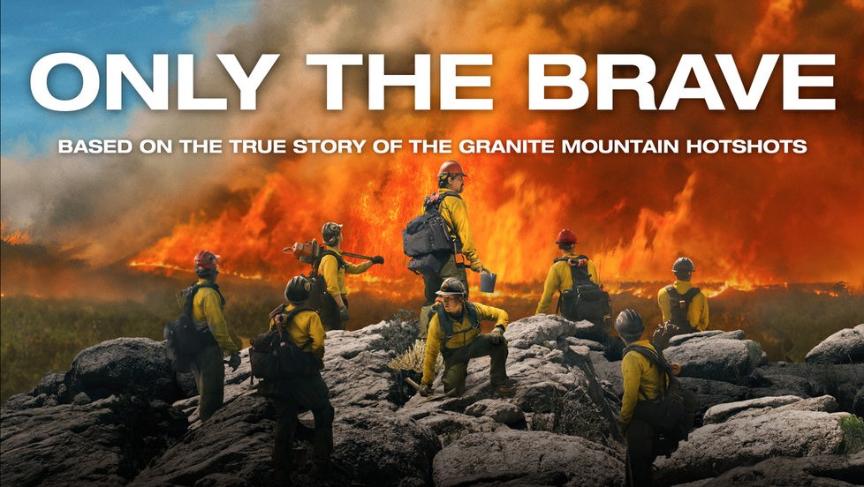 Based on the true story of the Granite Mountain Hotshots who in 2013 suffered tragic losses whilst fighting a deadly fire in Arizona, Only the Brave sticks to pretty much the same formula that’s been used in disaster films since they first hit the big screen.

For the first two thirds of the film director Joseph Kosinski introduces us to the men of the doomed firefighting team. The set up sees them go through training, bonding with each other and becoming a close knit family.

The team, led by Superintendent Eric Marsh (Josh Brolin), are fighting to become the only municipal “hotshot” team in the United States, however before they can become Hotshots they must earn certification which will allow them to go into dangerous wildfires.

Marsh with the help of Fire Chief Duane Steinbrink (Jeff Bridges) is tasked with building up a team that they think will get them the coveted certification. Among the various people that they recruit is 21 year old Brendan Mc Donough (Miles Teller), a recovering drug addict who has just had a baby daughter to his estranged girlfriend.

When lightning strikes the dry Arizona hills the team are sent off to answer the emergency call, when one of the team tells his wife, as he leaves her in bed, “I’ll be home for tea” you just know that the day is not going to end well.

Only The Brave is an entertaining film that has some terrific action sequences, it might not be the greatest disaster film ever but it does have just about enough to make it an enjoyable watch.