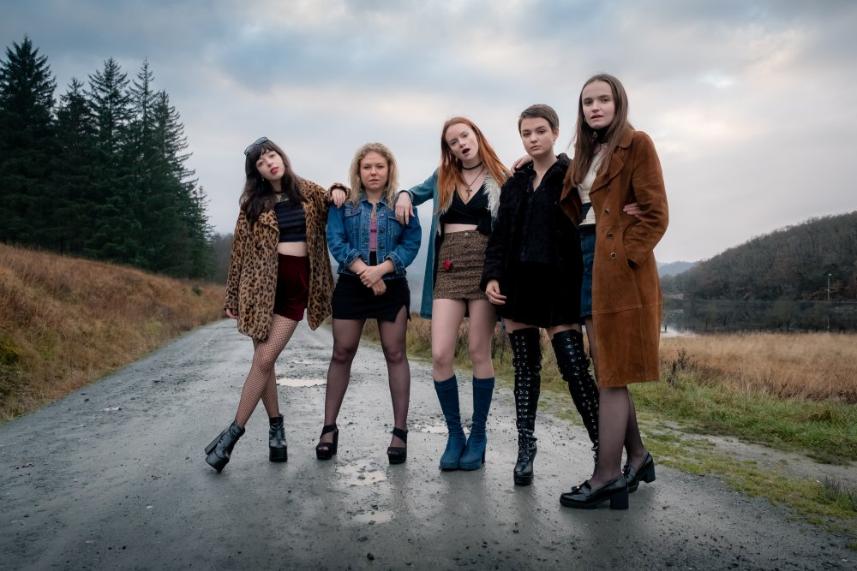 Our Ladies joins the very short list of Scottish coming of age movies, a list that’s has to be topped by the classic Gregory’s Girl (1981). Much like Gregory’s Girl, Our Ladies has a cast that look way too old for the parts that their playing. Whereas in Gregory’s Girl it somehow worked with Our Ladies there’s just something that doesn’t sit right with a cast playing parts that are meant to be younger than the actors playing them. With a cast that’s mostly in their mid to late 20s none of the cast look like the schoolgirls that there meant to be playing.

The story follows a group of girls from a strict catholic school in the Highlands of Scotland who, on a day trip to perform in a choir competition in Edinburgh, use the journey as an excuse to go out get drunk and, in their words, shag any male that walks across their paths.

Laughs are few and far between as the randy “teenagers” visit brothels and homes of males, for a shag, who given the girls proposed ages look old enough to be their fathers.

Our Ladies is a movie that’s not nearly as funny as it thinks it is and would probably be best viewed as part of a drunken hen night. Save yourself the bother and instead watch Gregory’s Girl as it’s a thousand times better than this disappointment.