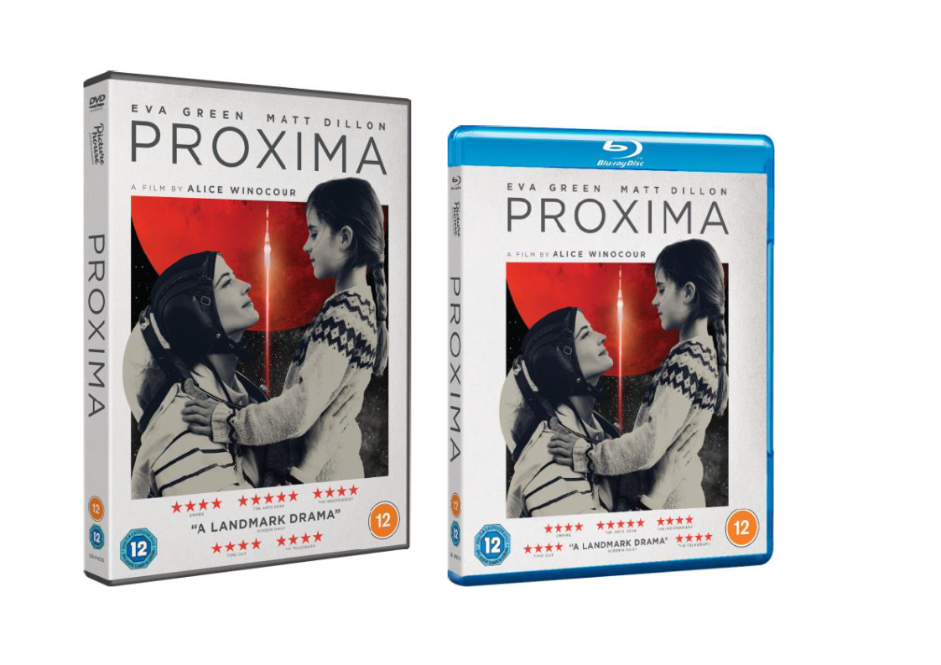 There have been plenty of movies covering mans’ quest to conquer the solar system, from Jules Verne’s 1902 silent classic “A Trip to the Moon” to the more recent "Ad Astra" (2019), space travel has been a film makers’ favourite for as long as movies have been around.

Man’s conquest of space is perhaps a good description as, with a few exceptions, the lead characters in the past have been mostly male dominated. In, for example “Apollo 13” (1995), it’s the job of the wives to stay at home and worry about their husbands and whilst she’s doing that they also have to take care of the family.

Writer-director Alice Winocour turns the tables with “Proxima”, a touching and entertaining tribute to females, in particular mothers, who have been involved in the conquest to conquer space.

Eva Green is astronaut Sarah Loreau, separated from her husband and the mother of a sensitive seven year-old daughter called Stella (Zelie Boulant-Lemesle), Sarah’s lifelong ambition is to travel into space.

When she’s given the chance in the Proxima project, a joint international one year mission to the International Space Station, Sarah finds that she has conflicting emotions as she’s forced to choose between either seeing her daughter or fulfilling her dreams.

When she’s finally selected for a mission, as well as dealing with the arduous training regime and the constant thought that she’s made the wrong decision by leaving her daughter, Stella has to deal with the openly sexist behaviour of her fellow astronauts’. At a press briefing her colleague Mike Shannon (Matt Dillon) announces to the world that he’s happy to have a French woman as part of the team as they can cook good food.

As both the training and the separation from her daughter gets harder Sarah has to make the ultimate decision between either fulfilling her lifelong ambition or being with her daughter.

Helped in no small part by wonderful performances from Eva Green (perhaps a career best) and Zelie Boulant-Lemesle, the onscreen chemistry between the pair is terrific, Winocour has managed to fashion a movie that’s both compelling and engrossing and, without doubt, a worthy tribute to all the real female astronauts depicted over the credits at the end of the movie.