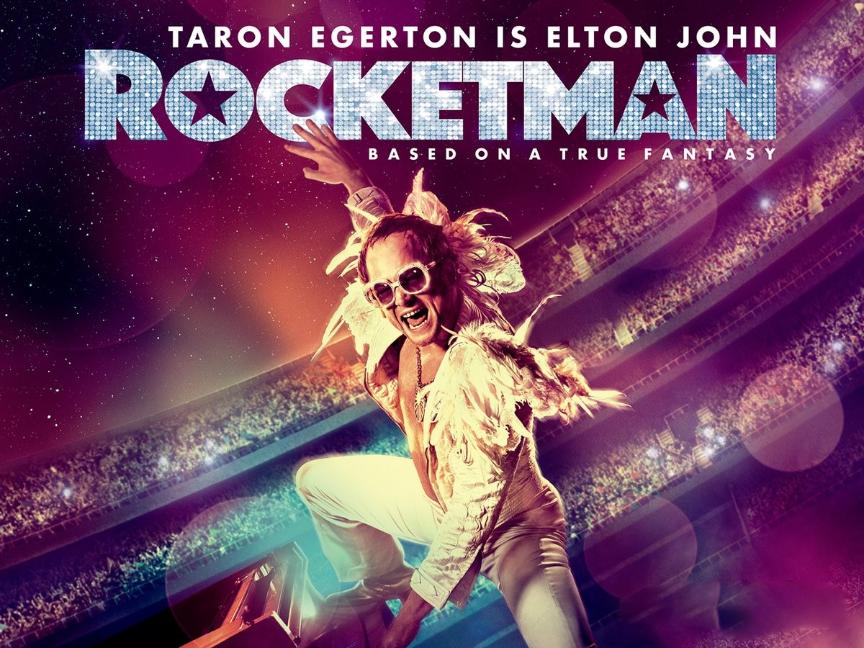 With its fantasy musical numbers Rocketman has more in common with Mama Mia than it does Bohemian Rhapsody. Told in flashback, when a young Elton John (played by Taron Egerton) is confronting his demons at a therapy session, director Dextor Fletcher, who finished off Bohemian Rhapsody after the original director was sacked, brings us a movie that’s as large and flamboyant as Elton John is himself.

The movie traces Elton John’s life from being plain old Reginald Dwight to the height of his fame in the 1980’s.

Along the way we’re introduced to, among others, lyricist Bernie Taupin (Jamie Bell) with whom he collaborates with on most of his well-known hits, John Reid (Richard Madden), who becomes his manager and lover, his mother (Bryce Dallas Howard), who has a strange hold over him and his father (Steven Macintosh), who he has a cold and distant relationship with.

Focusing mostly on the period in the seventies when he broke the US market, at the time selling 5% of all records sold in the world, Egerton, who can certainly sing but never truly convinces in the role the way that Rami Malek did as Freddy Mercury, belts out most of Elton John’s well known hits.

Rocketman does on occasions feel more like a theatre play than a movie, Act 1 “Saturday Nights All Right For Fighting”, Act 2 “Goodbye Yellow Brick Road” etc. But despite some of the flaws, and in particular if you’re a fan of Elton John, Rocketman comes highly recommended.