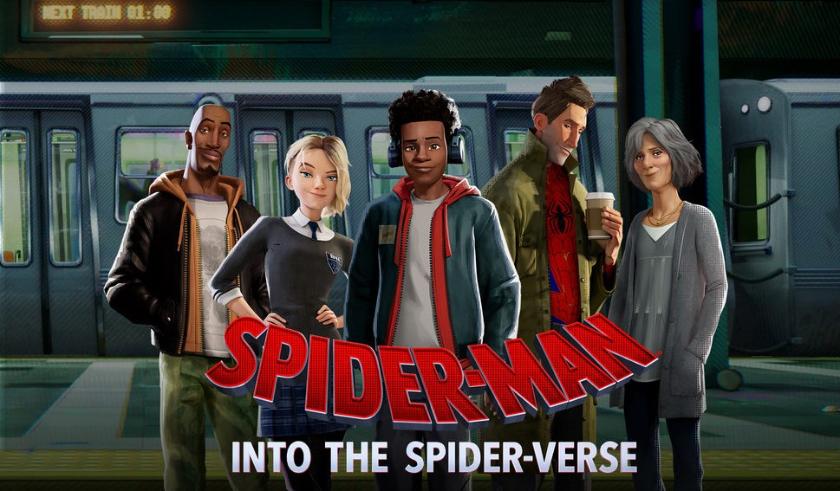 Bring multiple directors into a Spider-Man movie and it would appear that you get multiple Spider type superheroes. Directors Bob Persichetti, Peter Ramsey and Rodney Rothman combine to bring us as comic book tale that includes various incarnations of Spider-Man from a number of parallel dimensions.

All the various Spider Superheroes join forces after the Peter Parker version of Spider-Man is killed at the hands of crime lord Wilson Fisk (Liev Schreiber), Fisk it would appear is conducting experiments that interfere with the space-time continuum, hence the reason that all of the Superheroes’ end up in the one place.

The Spiders’, can’t really call them men as ones a female and the others a pig, then join forces in an attempt to defeat the evil Fisk and return time and space back to its natural order.

Spider-Man: Into The Spider-Verse looks great, especially in 3D, however great animation can only get you so far and at nearly two hours long it does feel overlong. There’s is a lot to like and enjoy especially if you’re an avid comic book fan however if you’re not a comic book fan chances are that its paper thin story will stretch your patience and after about the halfway mark you’ll start to feel as if you’re watching an extended Spider-Man cartoon on The Cartoon Network.

Spider-Man: Into The Spider-Verse would have made a great short film but as a feature length movie, and a long one at that, it’s one for comic book fans only.