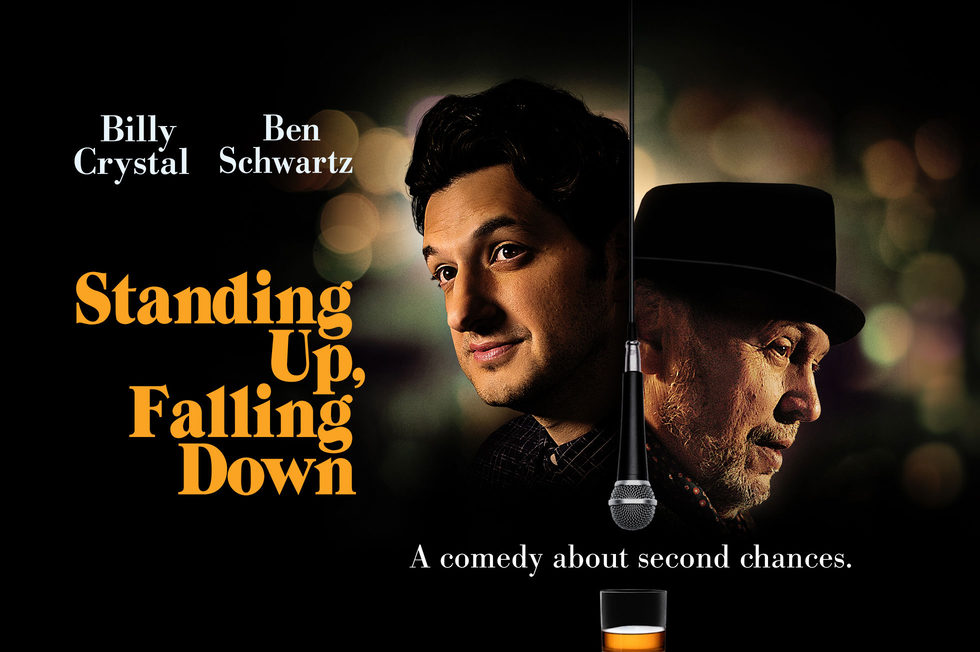 After four years of chasing his stand-up comedy dream in Los Angeles, 34-year old Scott Rollins (Ben Schwartz) has crashed and burned. Hard. Left with little money and a fledgling at best “career”, Scott has no choice but to regroup, lick his wounds, and return home to his parent’s house in Long Island. While trying to figure out what to do next, Scott pines after his ex, Becky Brookes (Eloise Mumford), a successful photographer who has since married a former mutual friend. On a night out at the bar, Scott strikes up an unlikely friendship with an eccentric dermatologist, Marty (Billy Crystal), who has regrets of his own. Marty and Scott both help each other find the courage to face the failures in their lives.