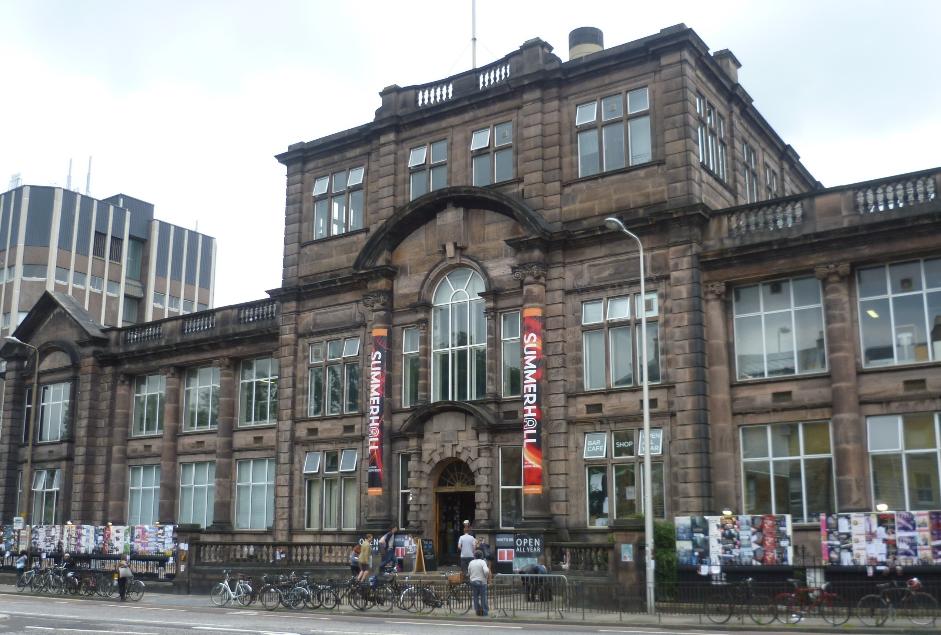 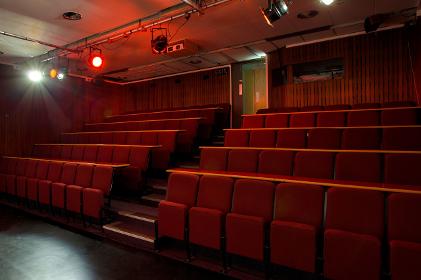 Cosy up this Autumn with all your favourite new movies, cutting-edge cinema technology and a warming drink from Summerhall’s Gallery Bar. Creating a top-of-the-line movie going experience, The Red Lecture Theatre has been upgraded with Dolby 5.1 surround sound and cinema-grade DCP projection, creating an immersive, intimate cinema experience for film fans throughout Edinburgh to enjoy. These upgrades have been made possible thanks to Screen Scotland’s Cinema Equipment Fund.

The Red Lecture Theatre has previously been used as a cinema by many of our favourite film organisations including Edinburgh Short Film Festival, Cinefile, French Film Festival and Cinematic, as well as Summerhall’s own seasonal programmes. Now, Summerhall makes its cinema a weekly feature with film programmes including CineHall and Screen Horizons, as well as one-off and guest screenings. The brand-new programme will feature a mix of new releases, independent studio titles, modern horror, retrospectives and world cinema gems. Every Friday, Saturday and Sunday, audiences can choose from six diverse and exciting titles - or settle in for a movie marathon - from across the full spectrum of cinema.

Audiences at the Summerhall Cinema’s opening weekend, from Friday 1 October will enjoy: First Cow, a perceptive, slow-burn Western set in the 19th Century Pacific Northwest from director Kelly Reichardt; a raucous day out in the streets of Edinburgh with director Michael Caton Jones’ Our Ladies, adapted from Alan Warner’s novel The Sopranos; genre-director favourite Edgar Wright’s first documentary, a musical odyssey through five decades, The Sparks Brothers; and the British debut from Edinburgh-based director Ben Sharrock - Limbo - a deadpan comedy drama following a Syrian refugee who finds himself in a refugee centre on a remote Scottish island - the first feature-length film to be shot on Uist.

On Sundays, Screen Horizons will screen a series of international titles, programmed by the French Film Festival. The first offerings on Sunday 3 October will include The Swallows of Kabul (Les Hirondelles de Kaboul) , an animated drama by Zabou Breitman and Éléa Gobbé-Mévellec which portrays life under Taliban control and The Lady in the Portrait (Le Portrait Interdict), a sumptuous costume epic in Mandarin and French which evokes the unique rapport between a French missionary and the Manchurian empress, directed by Charles de Meaux.

Summerhall Cinema will also play host to one-off screenings and events, including a cinema takeover from Edinburgh’s newest poetry festival Push The Boat Out, screening a series of specially-selected feature length movies, short documentaries, diverse animations and more from 15 - 17 October. A one-off screening from the Taiwan Film Festival on Wednesday 27 October will be accompanied by a live film score.

Tom Forster, Summerhall Programme coordinator, commented: “As Summerhall's first new artistic offering since Nothing Ever Happens Here in 2015, we are buzzing to welcome new release cinema to the ranks with the same vibrancy championed in our contemporary theatre, music, dance, physical theatre and circus, and visual art strands.”

For tickets, further information and regular updates on Summerhall please sign up for the mailer on the Summerhall website: