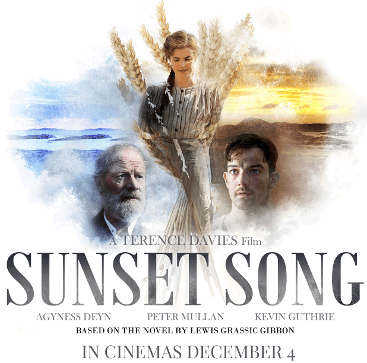 Scratching a livelihood out of the stunning but harsh terrain of rural Scotland, the Guthrie family cowers in obedient fear of its brooding patriarch (Peter Mullan), a man prone to sudden and ferocious bursts of anger. As Guthrie's long-suffering wife retreats into silence, the film's attention shifts to his daughter Chris (Agyness Deyn), a beautiful and intelligent young woman divided between her hatred for the coarse people in her village and her love of the landscape. Chris dreams, as does her brother Will (Jack Greenlees), of freedom and escape. The first comes suddenly. The second is more complicated: the arrival of handsome young Ewan Tavendale (Kevin Guthrie) into her life brings happiness, only for it to be disrupted by the Great War. Adapted from the beloved novel by Lewis Grassic Gibbon.