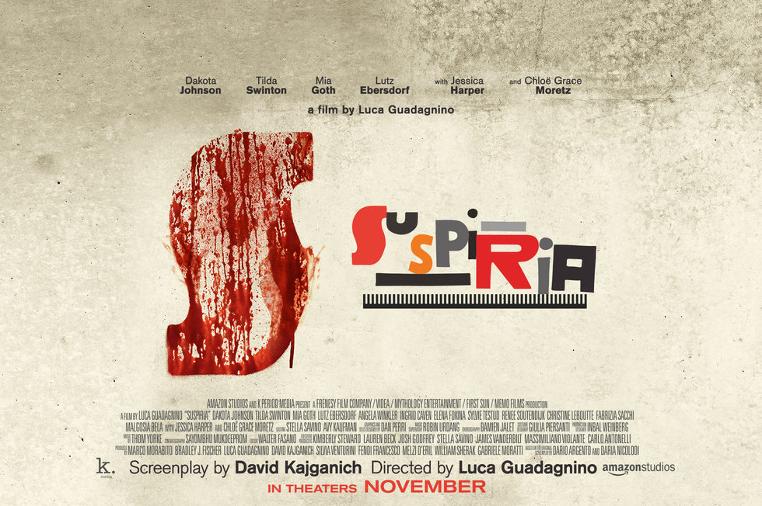 Luca Guadagnino follows up Call Me By Your Name with a reimagining of Dario Argento's 1977 film Suspiria, reuniting with his A Bigger Splash stars Dakota Johnson and Tilda Swinton.

Needlessly drawn out, pretentious but often dazzling in its technical achievements, Guadagnino's Suspiria is something of a mixed bag.

About 50 mins longer than the original it adds unnecessary details from the era with constant references to the Baader Meinhof gang and an added character of an aged psychotherapist with his own back story. This certainly makes it a little hard going past the halfway point.

In its favour, it's visually strong, opting for a less lurid but no less striking palette than Argento's film.

The cast are very good, Johnson escaping the leather shackles of Anastasia Steele for a role of a totally different kind of intense physicality. Swinton is also predictably great in triple roles (her two make-up heavy roles shouldn't be too tough to guess) and support from Mia Goth, Angela Winkler and Chloe Grace Moretz is solid. While the original Susie Bannion, Jessica Harper, makes a small but key cameo. Thom Yorke's debut as film score composer is impressive, following the iconic sounds of Goblin with confidence and skill. The songs he provides are great too.

Bound to be divisive, Suspiria 2018 has enough going for it to make it worth a look but anyone expecting more of the art house friendly fare of Call Me By Your Name are going to be shocked and disappointed.