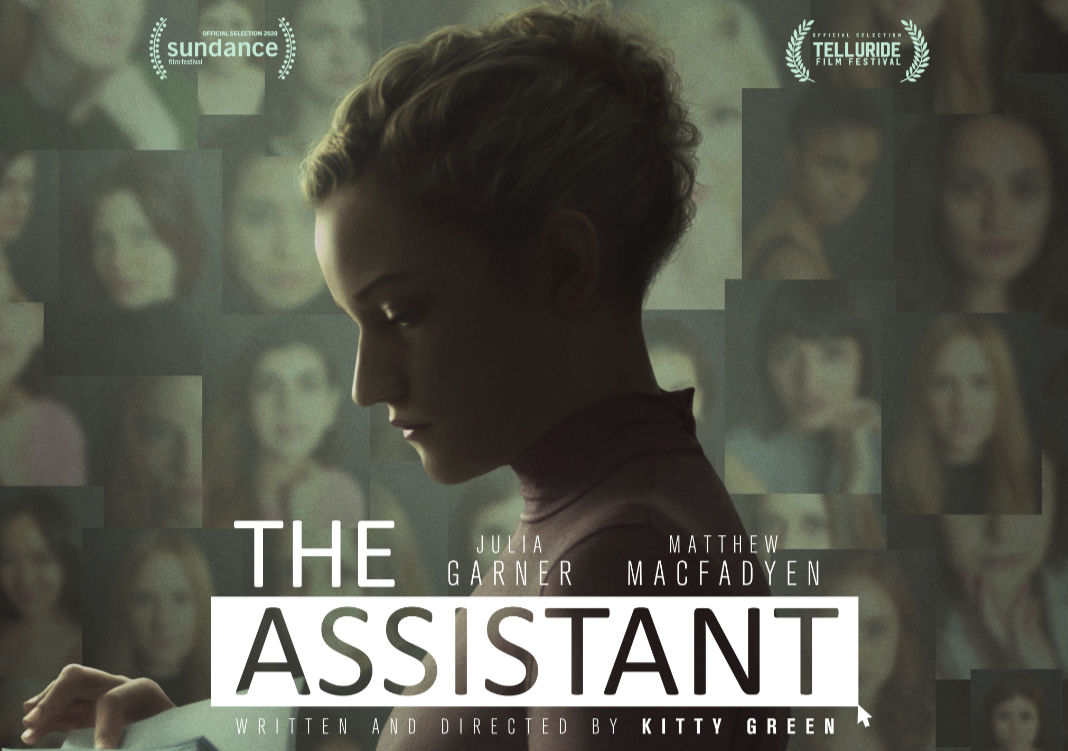 Originally destined for a cinema release “The Assistant” is one of a number of recent films that’s went straight to home release as a result of the coronavirus lockdown.

Told over the space of a day “The Assistant” tells the story of Jane (a fantastic Julia Garner), a junior assistant to the head of a New York film Production Company. (I imagine that the similarities to Harvey Weinstein and Miramax isn’t entirely unintentional)

Only having been in the job for a few weeks she works long hours and is treated as a skivvy by her fellow co-workers. As she carries out her tasks, answering phones, making appointments for her boss, cleaning up after him and her fellow workers, she starts to make the assumption that perhaps her boss is using his position to illicit things from others that aren’t exactly ethical.

The situation is made all the more tense by writer - director Kitty Green’s decision to never show Janes boss on the screen. Only referred to as “he” and sometimes heard barking orders at Jane over the phone, his presence, and the fear that he generates, permanently hangs over the office like black cloud.

Garner, who is in just about every scene, is excellent in the role, her encounter with her human resources manager (Matthew Macfadyen), the outstanding scene in the film, will have you squirming in your seat.

The story of sexual exploitation in the work place has been told a number of times recently, “Bombshell” in the cinema and “The Morning Show” and “The Loudest Voice” on television are just a few. “The Assistant”, whilst telling a similar story, manages to strip away all the Hollywood glamour and as a result makes the story seem more gritty and realistic.