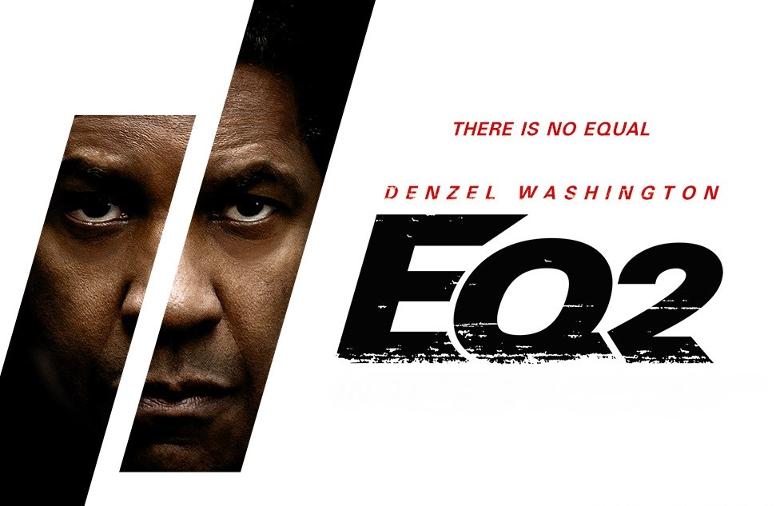 It’s four years since Denzel Washington last played Robert Mc Call in The Equalizer, now approaching his 64th birthday he returns to dish out violent justice in The Equalizer 2.

The sequel opens with a prologue on-board a speeding Turkish train and involves him single handily rescuing the daughter of his local bookshop owner from her abusive father.

Back in the good old US of A Mc Call has left his job in the department store where he worked, and caused so much carnage in the first movie, and his now working as a taxi driver in Boston. As well as paying the bills driving also allows him to eaves drop into people’s lives and to play the Good Samaritan when he comes across injustice, one such scene sees him dispatching his own inimitable style of justice to a group of cocaine-snorting upper-class young men who push a bruised and battered female into the back of his taxi.

In between his driving and part time vigilantly work McCall also finds time to help out a young artist (Ashton Sanders) who stays in his block and who he believes is becoming mixed up with the wrong people.

As he is helping out the local community Mc Call receives devastating news involving his old CIA pal Susan Plummer (Melissa Leo), the news causing him to down his taxi keys and seek out those that have wronged his former friend and associate.

Needlessly to say there’s plenty of violence as Mc Call sprays bullets and finds even more ingenious ways of dispatching his foes.

Directed by Antoine Fugua who worked with Washington in Training Day and the first Equalizer movie, The Equalizer 2 isn’t a patch on the first outing, where the first outing was fast paced and full of action this one feels much slower and it does tend to drag between its action scenes. That’s not to say that it’s not enjoyable as it is, however compared to Robert McCall’s first outing this has to go down as something of a disappointment.