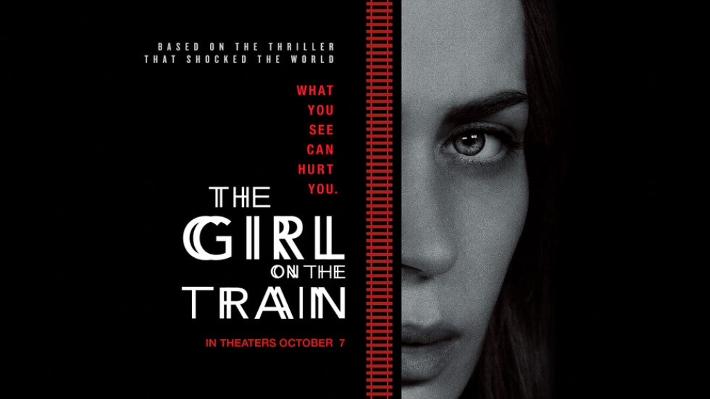 Based on the 2015 best seller of the same name, "The Girl on the Train" stars Emily Blunt as Rachel Watson, a girl whose world has fallen apart following her divorce from her cheating husband, Tom (Justin Theroux). As well as being an alcoholic, her frequent drinking sessions leave her with worrying gaps in her memory, she also hides from her friends the fact that she's been sacked from her job due to her alcohol abuse.

In order to try and convince her friends that her life's more successful than it is, Rachel continues to take that daily commute to her work, a journey that sees her train passing her old house where her ex, Tom is now happily settled with his former mistress, Anna (Rebecca Ferguson).

Meanwhile next door to Tom stay Scott (Luke Evans) and Megan (Haley Bennet), a couple that Rachel fantasies about as she believes that, unlike her, they live a perfect life.

It's on one of her train journeys that a drunken bleary-eyed Rachel sees Megan embracing another man.

Megan then vanishes and Rachel, who wakes up in her flat hungover and covered in blood, looks as if she's had something to do with the disappearance, particularly because she has no alibi and has no recollection of what she was doing during the time of Megan's disappearance.

"The Girl on the Train" is a competent enough thriller but is nowhere near as good as "Gone Girl", a film that it will draw comparisons to. The pace is slow, the directors choice of telling the narrative in flashbacks makes it feel a bit disjointed. As is the way of all good thrillers there's plenty of red herrings aimed at pointing the audience in the opposite direction of the truth. Unfortunately though, the payoff at the end isn't too difficult to work out and you'll more than likely guess who’s done it long before the titles roll.

"The Girl on the Train" is certainly worth watching, just don't expect it to last long in the memory, enjoyable but ultimately forgetful.