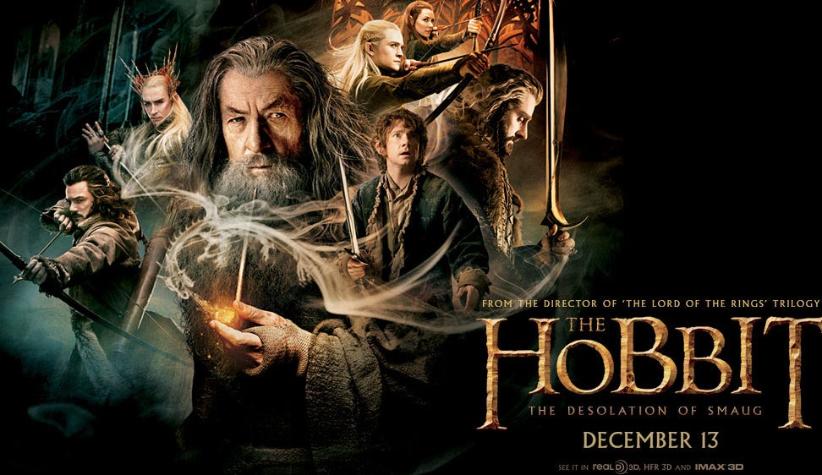 Peter Jackson's second film in his Hobbit trilogy has a lot to live up to after the first part was widely panned. Does he pull the iron out of the fire, the answer is most definitely yes.

The "Desolation of Smaug" is far superior to " An Unexpected Journey" in every way. Characters are far more rounded and the pace faster. Saying that, with hindsight and with the benefit of a second viewing, "Journey" wasn't such a bad film and it's the time that Jackson took introducing the characters in that film that is now starting to bear fruit. We now feel that we know Bilbo intimately and each of the dwarfs has now become familiar to us in a way that wasn't there before.

Whereas "Journey" was meandering and leisurely "Smaug" is a roller coaster ride of a film right from the start. After we're quickly reminded of where we have reached in the story, we open on a conversation between Gandolf the Grey (Sir Ian McKellen) and Thorin Oakensheild (Richard Armitage), setting up the entire journey to reclaim the Dwarf Kingdom and its bounty of riches, from Smaug.

From then on we never have a second to catch our breath as Bilbo (Martin Freeman) and the dwarfs are attacked by a bunch of oversized spiders, journey down a river in up turned barrels, fight off Orc attacks and finally confront Smaug, voiced to perfection by Benerdict Cumberland, in the lonely mountain.

Returning characters like Orlando Bloom’s Legolas and Sylvester McCoy’s eccentric Radagast the Brown are joined by Lost’s Evangeline Lilly, who appears as brave Elf warrior Tauriel. A new addition created for the film, she’s a formidable presence in battle, and has eyes for Aidan Turner’s Kili. Then there's Lee Pace as the flamboyant Elvenking Thranduil, Luke Evans as Bard the Bowman, and Stephen Fry hamming it up as a the Master of Lake Town.

The special effects - something that we all now take for granted - are nothing short of exceptional with the aforementioned escape in the barrels quite breath-taking and one of the best scenes in any of The Lord of the Ring films. Even the 3D adds something.

If there are any complaints it's that the whole Necromancer/Orc sub plot involving Gandolf makes little sense and it slows the pace of the film down somewhat, and also the final confrontation with Smaug does feel that it goes on for longer than necessary. But maybe we shouldn't be too hard on Jackson as he has proved with Smaug that he knows the journey that he wants to take us on and that it shouldn't be judged on each individual film but on the trilogy as a whole. I would lay my money on Jackson proving his critics wrong when "The Hobbit: There And Back Again" is released next year and looking back on the finished trilogy, the naysayers might just be left eating their words.

I for one can't wait, and I'm now counting the days until its release. Mark Friday 14 December 2014 in your diary.