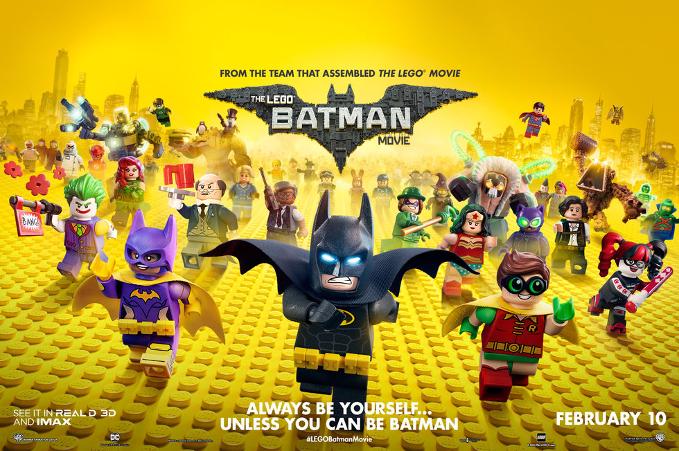 If it lacks the novelty of The Lego Movie and the jokes are slightly more hit and miss, The Lego Batman Movie has more than enough fun and energy to compensate, with its relentless scattergun approach ensuring that for every gag that doesn't land there's plenty more that do. Plus there's enough detail whizzing by in the background that you'll still probably want a second viewing to try and catch it all.

It's gleeful mining and gentle fun-poking of the previous screen incarnations of the Dark Knight is particularly delightful with special loving attention pa*d to the camp Adam West era. Whilst almost no stone is left unturned when it comes to dredging up all the villainy of Batman's past with some other iconic bad guys thrown in for good measure.

Will Arnett's narcissistic and immature loner interpretation of the Caped Crusader is still as enjoyable second time round with the welcome addition of Michael Cera, Zach Galifianakis, Rosario Dawson, Ralph Fiennes and Jenny Slate as Robin, The Joker, Barbara Gordon, Alfred and Harley Quinn.The amusing subversion of traditional romantic comedy plotting in the relationship between Batman and The Joker (will Batman be able to acknowledge his greatest enemy and finally say 'I hate you'?) is particularly hilarious thanks to Arnett and Galifianakis.

It's this great vocal cast and some busy and incredibly detailed action set pieces that help paper over some of the cracks of an occasionally conventional plot.

Perhaps the lack of Lord and Miller in both a writing and directing capacity also accounts for it not being quite as awesome as the previous movie but that film's animation director and Robot Chicken director/producer Chris McKay and Pride and Prejudice and Zombies/Abraham Lincoln Vampire Hunter writer Seth Grahame-Smith do a solid job of picking up the Danish brick baton.


The Lego Batman Movie (U)