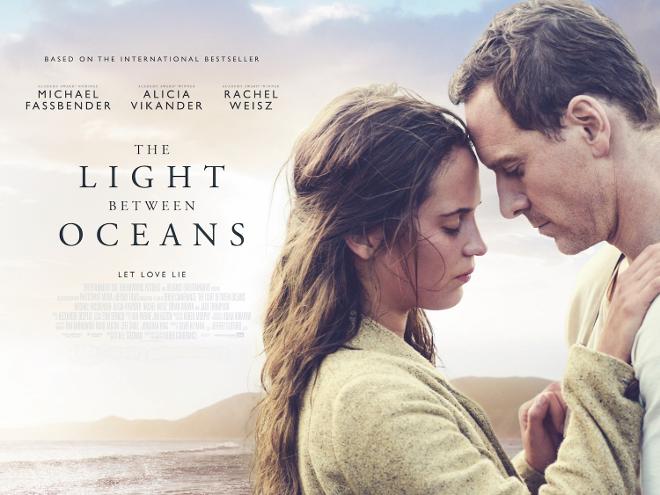 Based on the novel of the same name by ML Stedman, “The Light Between Oceans” is a tearjerker of a film that’s guaranteed to break even the most hardened of hearts.

Set during the aftermath of the First World War Michael Fassbender is Tom Sherbourne, an ex-soldier whose mind has been mentally scarred by the horrors that he’s seen during his time at the front. Accepting a job as a lighthouse keeper on the coast of Western Australia he meets and falls in love with a local girl called Isabel Graysmark (Alicia Vikander).

The couple eventually marry and setup home on the lonely lighthouse, the only visitors’ are the crew of a supply boat that arrives very infrequently. Desperate for a child and after Isabel has two miscarriages the pair come across a rowing boat washed up on the beach.

Inside the boat is a dead man and a crying baby girl. The pair then decide, much against Tom’s wishes, to keep the infant and to bring her up as their own.

They name the girl Lucy and for a number of years they live a happily family life convincing anyone that they meet that the girl is there’s.

However things start to unravel when Tom starts to feel guilty after he learns that the man in the rowing boat might have been a German immigrant called Frank Roennfeldt (Leon Ford) who’s left behind a widow and a grieving mother called Hannah (Rachel Weisz). The question then becomes, how far will the couple go to in order to keep the child ?

The pairing of Fassbender and Vikander is what makes “The Lights Between Oceans” work so well. The chemistry between the pair is undeniable and just flows from the screen. Vikander is proving time after time that she’s one of the best screen actresses around at the present time.

The story might be a bit slow to get started but that’s a small gripe as “The Light Between Oceans” is a riveting watch from start to finish with a fantastic cast and an utterly compelling story, don’t miss.


The Light Between Oceans (12A)