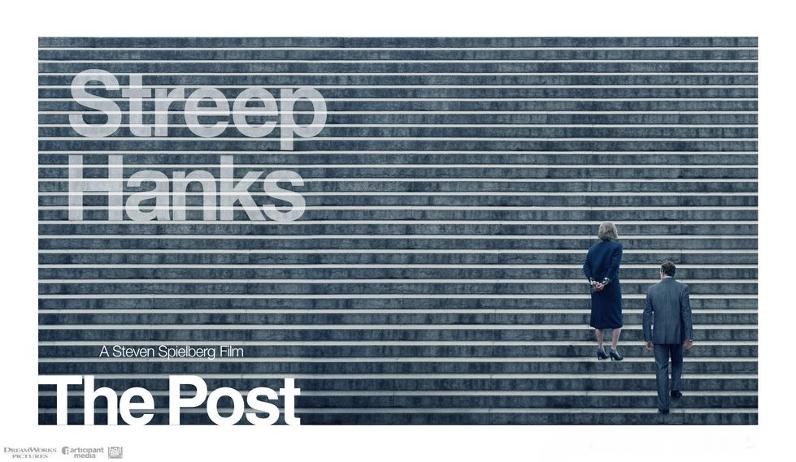 In June 1971 The New York Times, the Washington Post and the nation's major newspapers took a brave stand for freedom of speech and reported on the Pentagon Papers, the massive cover-up of government secrets that spanned four decades and four US Presidents. At the time, the Post's Katherine Graham (Streep) was still finding her footing as the country's first female newspaper publisher, and Ben Bradlee (Hanks), the paper's volatile, driven editor, was trying to enhance the stature of the struggling, local paper. Together, the two formed an unlikely team, as they were forced to come together and make the bold decision to support The New York Times and fight the Nixon Administration's unprecedented attempt to restrict the first amendment.

For every fantasy film that Stephen Spielberg directs he likes to compensate by giving us a history lesson, Munich, Lincoln and Amistad are just a few that come to mind. Now add The Post to that list.

Always watchable thanks to great performances by Tom Hanks and Meryl Streep, The Post does at times tend to get bogged down in its own complexity. Drift away for a second you’ll find yourself scratching your head wondering what’s happening.

Hanks and Streep have a great time playing off each other, Hanks, as the papers executive editor, is the one that’s convinced that the story must be published. Whilst Streep, who as the owner of the paper, is torn between her obligations to her shareholders and siding with her executive editor, a decision she knows, if she makes it, could ultimately prove ruinous for her and her paper

Period detail, as is always the case, in Spielberg films, is impeccable, every scene feels as if it’s steeped in 70s history.

The Posts complex and slow story won’t be to everyone’s liking however if you’re a fan of Spielberg’s previous takes on American History then there’s no doubt that you’ll find a lot in The Post to like.