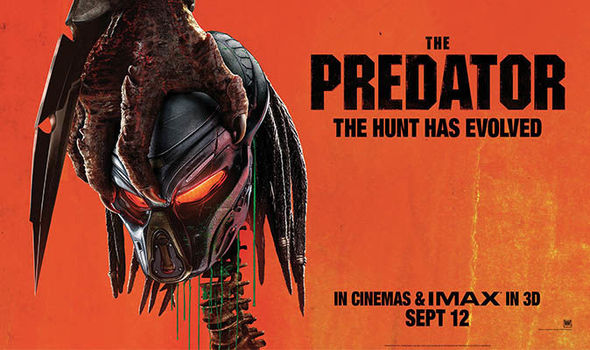 A mix of humour and the usual Predator movie violence makes for an enjoyable sequel to the 1987 Arnold Schwarzenegger classic.

Shane Black, who appeared in the original, directs this third outing, that’s if you ignore The Predators two encounters with Aliens, which I suggest you do.

The story sees Special Forces Army Ranger Quinn Mc Kenna (Boyd Holbrook) on a special far flung mission to rescue hostages when he has a close encounter with the Predator.

Before fleeing he takes the creatures face mask and weapons gauntlet which he posts to his mail box in the US.

Meanwhile back in the US McKenna’s ex-wife (Yvonne Strathovski) takes possession of the contents of the mail box after her ex-husband fails to pay his bills. Throwing the boxes in the basement they are opened by her autistic son (Jacob Tremblay), who thinking they are a toy starts to play with them.

Meanwhile Mc Kenna returns to the US where he is captured by US government agents who are led by special agent Traeger (Sterling K Brown). Their mission is to get their hands on the alien artefacts’ that he knows Mc Kenna has.

Refusing to cooperate Quinn is put in a prison bus where he meets a number of veterans’ all of whom are suffering from PTSD.

Meanwhile at the same time evolutionary biologist Dr Casey Brackett (Olivia Munn) is in same faculty trying to decode the DNA of a captured Predator.

Just as Mc Kenna’s bus is leaving the Predator escapes from the facility and heads off to look for his stolen artefacts’.

This leads to Mc Kenna teaming up with the motley crew from the bus and Brackett in order to get to his son before the Predator does.

The Predator is a movie not to be taken too seriously, it might not be up to the standards of the original however it’s still and enjoyable ride and with the final scene promising a possible sequel we might not have seen the last of these aliens.