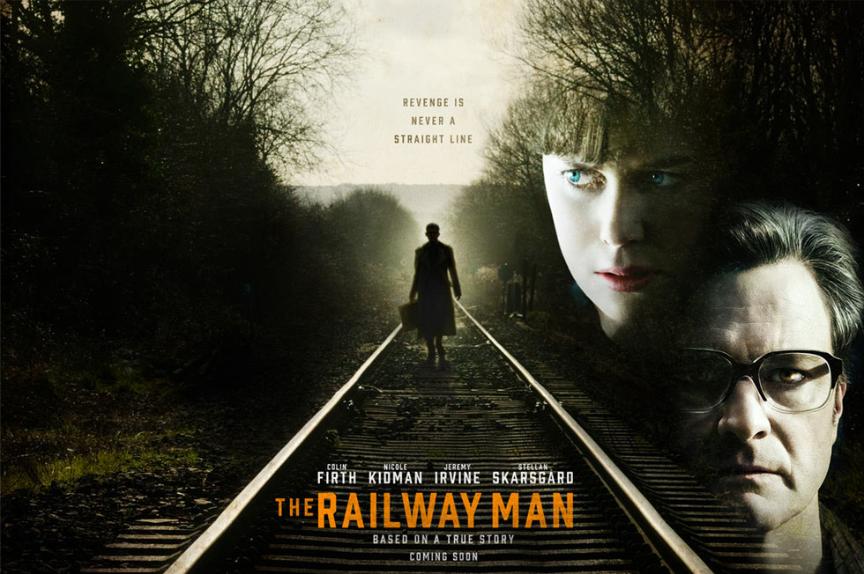 "The Railway Man" tells the true story of Eric Lomax (Colin Firth), a troubled man who has never been able to move past the trauma that he experienced as a young POW when he was forced to take part in the building of the Thai/Burma railway during WWII.

We first meet Lomax on a train in the 80's where he meets his future wife Patti (Nicole Kidman). However, no sooner are they married and the memories of the suffering he experienced during the war return to him. He remains distant from Patti, and so she seeks out Eric’s friend and fellow survivor Finlay (Stellan Skarsgard) she learns from him that Lomax was tortured by his Japanese captors for secretly building a radio.

The film jumps between the 80's and the 40's as the story is told in flashback. The one outstanding performance in a film that feels no better than a Sunday night ITV drama is that of Jeremy Irvine who plays the young Lomax. When you look at pictures of the real Lomax you would think that Irvine was his twin.

The 40's sections are not surprisingly the most interesting. However it's when we jump forward to the 80's that the film hits the buffers. We’re left with umpteen shots of Firth standing on North Berwick beach fighting with his emotions and doing not much else. Kidman is underused and disappears for large parts of the film.

The only ray of light on an otherwise dull movie is when Lomax finds that his Japanese interrogator Takasi Nagase (Hiroyuki Sanda) is still alive and he sets about confronting him and exercising his own demons. Unfortunately by the time we get to this point in the film you'll be looking at your watch and wondering when the end is going to come.


How Australian director Jonathan Teplitzky can make a film about the atrocities of the Burma Railway boring is a skill in itself.

Given the subject matter and cast The Railway Man has to go down as a major disappointment.