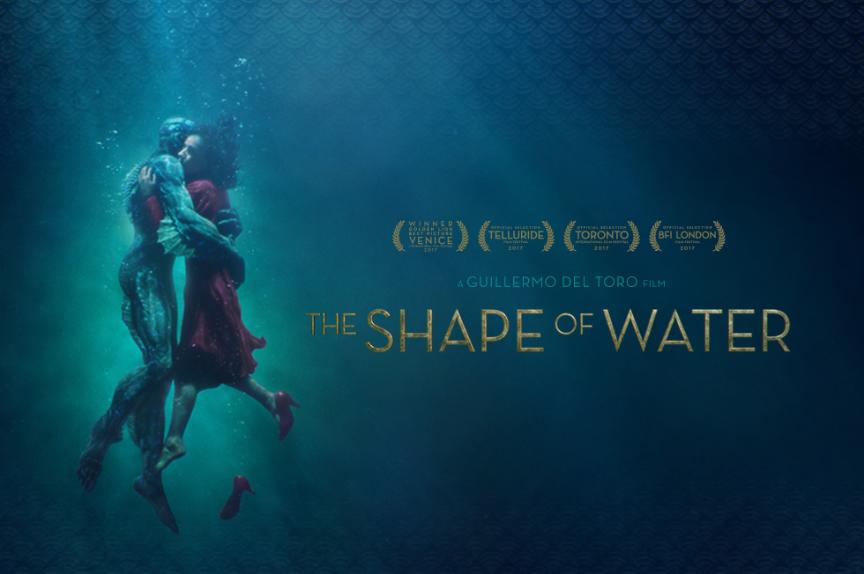 One day an asset is brought to the lab. Eliza, fascinated by this curious arrival, discovers that it is scaly amphibious merman. Bringing him food and playing him music, she forms a bond with the creature.

The Shape of the Water is the work of an eccentric and imaginative filmmaker given free rein to realise his vision. Del Toro grabs this opportunity and runs with it, creating a film that tackles various genres without ever losing sight of the beating heart at its centre. Key to helping him achieve this is Sally Hawkins who gives a career best, heart-breaking performance as Eliza. Wonderfully expressive without saying a word. Excellent support too from del Toro regular Doug Jones as the amphibian man, Richard Jenkins as Eliza's closeted neighbour longing for emotional and artistic acceptance, Octavia Spencer as her talkative friend and colleague, Michael Shannon as a monstrous government agent intent on keeping control of his 'asset' and Michael Stuhlbarg as a scientist who oversees the creature.

Fair warning though, Del Toro doesn't shy away from some of the more violent elements of the story either. This is a wild creature in captivity after all. So expect some blood too. The film is beautifully shot and impeccably designed with a sumptuous score from Alexandre Desplat. All of this combines to create a unique and unmissable genre film and that rarest of things, a bold and adventurous studio picture that deserves to find the biggest audience it can. Plus if you've ever wondered what it would like if the Creature of the Black Lagoon stepped on to the set of a Busby Berkeley musical, this is the film for you.