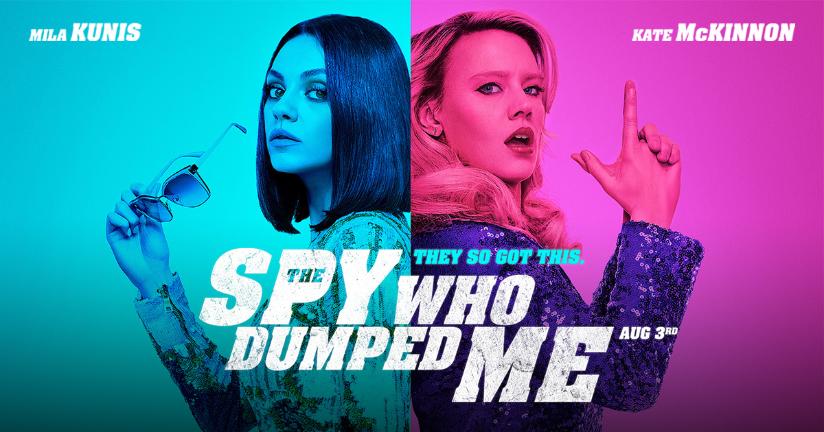 Audrey (Mila Kunis) and Morgan (Kate McKinnon), two thirty-year-old best friends in Los Angeles, are thrust unexpectedly into an international conspiracy when Audrey’s ex-boyfriend (Justin Theroux) shows up at their apartment with a team of deadly assassins on his trail. Surprising even themselves, the duo jump into action, on the run throughout Europe from assassins and a suspicious-but-charming British agent (Sam Heughan), as they hatch a plan to save the world.

The Spy Who Dumped Me is an enjoyable action adventure movie in the mould of other female buddy movies, The Heat and Spy are two that come to mind.

Mila Kunis and Kate Mc Kinnon are a fine double act and the action moves along at a fast pace as the story jumps from one European city to the next, so that the audience is not left behind, The Director Susanna Fogel, has taken the option of telegraphing each location to the audience by flashing up the name of every city where the pair venture to, leaving titles such as Paris, France and Vienna, Austria to pop up on the screen every five minutes.

It’s hard to say if Fogel has taken her inspiration for the title from The Bond movies or the more humorous Austin Power movies, a short blink and you miss it mid credit scene might help to clear it up, but I won’t spoil it by giving it away.

The Spy Who Dumped Me is preposterous from start to finish, but thankfully I mean that in a good way, as I don’t think it’s ever meant to be anything different.

A lot of fun if you’re in the right frame of mind.