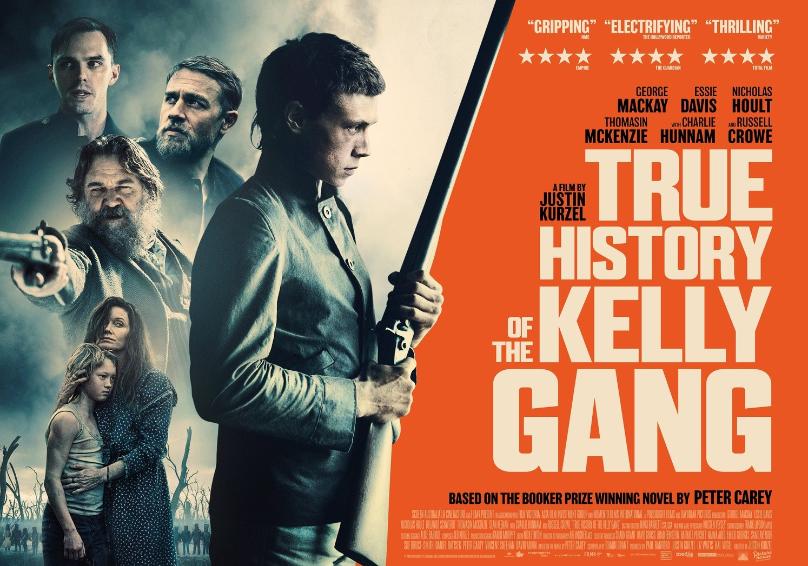 If you sit down expecting a true to life biography of the famous Australian outlaw Ned Kelly you’re in for a surprise as the first thing director Justin Kurzel brings to screen is a caption that reads “This is not based on a true story”.

Told with a degree of artistic licence Kurzel’s movie is split into three separate acts.

The first act titled “Boy” sets the background story of how a young 12 year old Ned (an excellent debut performance from a young Orlando Schwerdt) is introduced to a life of crime when his mother (Essie Davis) sells him to a vicious bushranger called Harry Power (Russell Crowe).

The first part of Ned Kelly’s story is without doubt the most satisfying as it sticks most closely to a good old fashioned western. It also benefits from the presence of Crowe, who is wonderful, and Charlie Hunnam who plays Sergeant O’Neil, an outback policeman whose sole purpose in life is to make the Kelly family’s life a misery.

The middle act, and the slowest in terms of the story, is called “Man”. It’s in this section where Kurzel starts to explore the relationship between, a now grown up, Kelly (George MacKay) and his mother. It’s also at this point where Kelly encounters a new nemesis in Constable Fitzpatrick (Nicholas Holt).

Things up until this point all seem pretty normal then for some strange reason Kurzel makes the somewhat bizarre decision to have Kelly and his gang carry out their crimes dressed in full length dresses, quite why I don’t know, but it adds a level of strangeness to the whole proceedings as Kelly and his gang ride their horses and carry out their crimes dressed in suspender belts and sequenced gowns.

The movie picks up in the final third, in the section called “Monitor”, as Kelly and his gang, still dressed to impress in their flowing ball gowns, head for a final showdown with the law.

The True History Of The Kelly Gang, with its strange mixture of arthouse cinema and its more common western themes, won’t be to everyone’s liking, however if you do plan on watching it, just remember, “This is not based on a true story” and enjoy if for the part fantasy that it's meant to be.